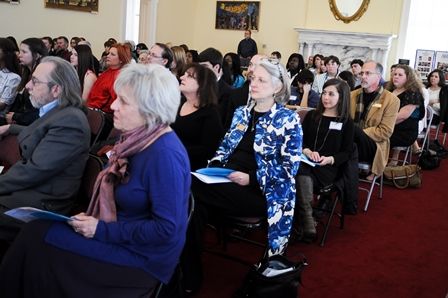 Some thirty-two student writers representing twelve high schools gathered in the Old Supreme Court Archives Chamber in the State Capitol on March 13, 2013, to receive their honors in the 19th annual Alabama High School Literary Arts Awards and Scholarship Competition. This year, the Alabama Writers’ Forum, sponsor of the competition, presented a total of eighty-four awards to students from around the state.

Below are photographs from the awards ceremony. Click the photo for a broader view. (Photos by Terry Bruno-fotowerks)