The Ghosts of Dyas Creek 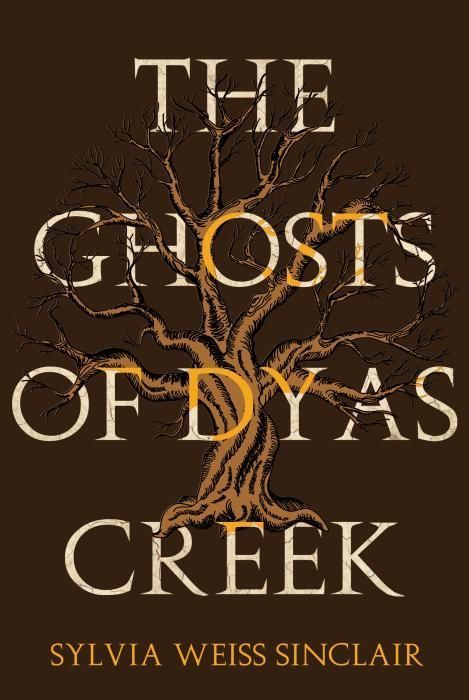 In Bay Minette, Alabama in the 1920s, “where the longleaf pines stretch to the azure sky,” Margaret, a farmer’s wife and mother of four, goes out one night to feed the pigs some scraps and sees the white ghoulish figure of a man she knew that had died. She is so startled by this apparition that she slips, hits her head on a rock, and passes out, all while about eight months pregnant with her fifth child. The Ghosts of Dyas Creek gets right down to the mystery and the drama by not only opening with a terrifying ghost-spotting scene, but also by immediately drawing the reader’s sympathy and care regarding Margaret’s health. Sinclair weaves together a ghost story, pieces of historical fiction, and dynamic characters into a story that feels utterly real.

As a native Alabamian that grew up around the Mobile and Bay Minette area, it was a little surreal to read a story set in my hometown. Sinclair’s language and descriptions accurately capture the area and the people in it, from the warm vignettes of Southern cooking, to “the dirt [roads], tall pines on either side… [made of] soft red clay.” The way the characters discuss and groan about the relatively fast development of the area reminds me of conversations I've heard in my own family (that still occur to this day during Thanksgiving and Christmas) who have lived in the area since the early 1900s. The written environments are crafted in such a way that, reading, I feel like I have stepped back into my hometown, though now I live four hours north. It is obvious that Sinclair is a native Alabamian due to the loving gaze through which the readers are given a glimpse of this storied state.

The novel takes place over many decades, and we watch as each of the characters slowly change in significant ways. The story opens with Margaret, a city girl forced into the Alabama wilderness by her husband’s “[longing] to put his hands in the soil.” Later, the main focus switches to Margaret’s oldest daughter Dotty, who has experienced enough farm life during her childhood and yearns for something more. The final perspective we get is that of Stella, Dotty’s daughter, who doesn’t fully realize how easy she’s had it out west in California until traveling to Alabama to visit her grandparents. During the early to mid 1900s, it was (and still is) very common for children of Southern families to go north for jobs or to continue their education, while the grandchildren would often find their way back to the South. The characters of Margaret, Dotty, and Stella illustrate that no matter where you were raised, North or South, the grass is always greener on the other side.

Sinclair uses these shifts in point-of-view to present the special relationship that may be forged across three generations of women who are kin, while not shying from the differences that still exist, or the conflicts that result. Whether Margaret realizes it or not, her choices will affect her children, her grandchildren, and quite possibly her great-grandchildren. Though Margaret, Dotty, and Stella share many similarities in character, they are quite distinct because they grew up in drastically different time periods. Where we come from is an integral piece of who we are, and this includes who we come from. It shapes us in unique ways. Sinclair highlights this throughout the novel, with both Dotty and Stella traveling off to the North or West, but eventually coming back to their family and the Alabama roots that lead to self-discovery for each woman.

Rather than playing into typical character tropes, Sinclair subverts expectations by writing characters that react in ways that feel true-to-life on the page, making them living, breathing realities; you can’t help but root for these characters. For example, soon after Dotty gets married, her husband gets drafted into World War II, and she is left alone with their newborn son. This was one of the many moments throughout the story when I felt truly sad, even distraught over a situation or a possible bad fate for one of the characters. Every character, even the ones we see for just a single scene, feel like fully fleshed out people with histories, desires, and ambitions. After the first two pages of the story, I felt a connection with Margaret. Then the same happened with the other main characters Dotty and Stella. All three of these strong, female characters drive the story forward.

Due to the nature of the period Sinclair covers, it is almost impossible to ignore the effects of the Civil Rights Movement in Alabama. Sinclair includes several passages that detail some of the Movement’s history in Alabama. Sinclair gives the reader information about major events in the Movement, such as the bombing of 16th Street Baptist Church and ‘Bloody Sunday,’ as well as a handful of significant people, such as John Lewis and Whitney Young, that may not be as widely known, but who had a significant impact in the Movement. The reader sees and hears this history in real-time, and it is enlightening.

Growing up in and around Mobile and Bay Minette, I always heard my parents and grandparents discuss what the area was like when they were children. Sinclair’s novel reminds me of the stories they would tell me. Tales of winding dirt roads, little five-and-dime stores, secret swimming holes in the woods, towns where all the residents knew one another – common histories and dreams hidden deep. The Ghosts of Dyas Creek perfectly encapsulates Lower Alabama before its rapid growth and development, as well as the true nature of Alabamians.

Brianna Carnley is a recent graduate from the University of Alabama at Birmingham who studied English and Philosophy and composed a collection of poetry about femininity as her senior thesis.