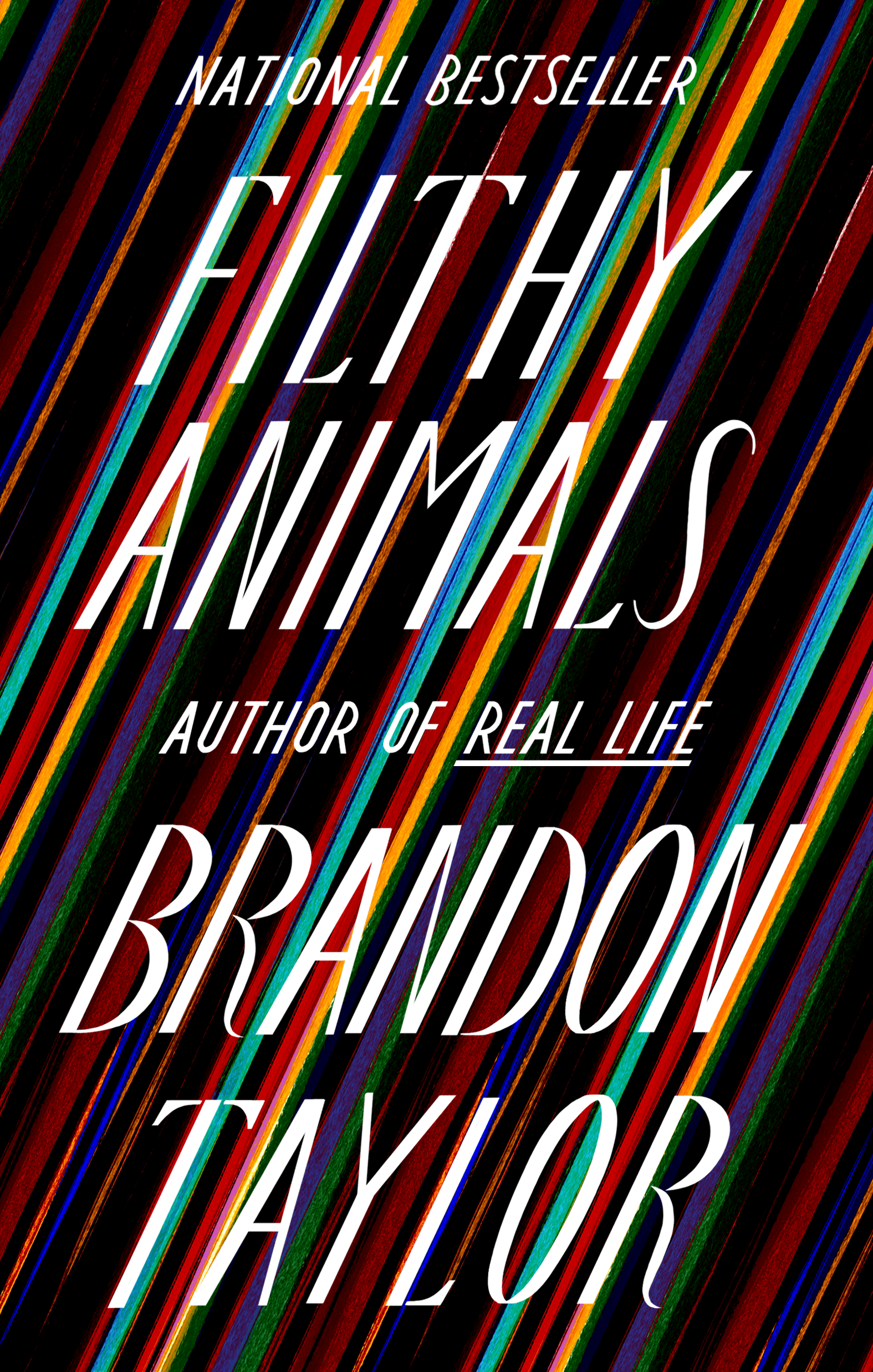 The characters in Brandon Taylor’s short stories are all in pursuit of something: a touch, a truth, something that is real or could work in the place of something real, that could tide them from this thing to that, like a series of rope swings; big chances, easy ones, crazy ones, and no regret in any of them. As the reader is taken from story to story, from “pointless looking” (“Anne of Cleaves”) to the idea of “an affirming cage” (“Potluck”), there’s a small echo that plays from the last and sounds into the next: I am still looking, I am not satisfied, I haven’t finished yet.

Taylor was born and raised in Alabama with that fiery Southern warmth present in his writing. When NPR’s Sam Sanders asked him what the collection in Filthy Animals was about, Taylor said that it answers questions particularly relevant right now, like, "How do I interact with other people? How do I go to parties? How do I figure out how to socialize and connect with people again?” And his stories do answer these questions; they answer them in the forms of eyes looking and mouths moving; in the way people come to you, leave you, and circle back to you again.

Taylor writes as I imagine he would speak these stories. The dialogue is distinct enough that characters can be known by their words alone, before you get to the dialogue tags; some of their sentences leave you breathless while others come out so stiff and pointed you can feel the sharp tips of them. Many of Taylor’s characters seem to be following the path of least resistance, saying yes to things many of us wouldn’t dare and then letting us watch as they lay themselves down and make themselves bare, admitting what they want and taking it, giving themselves for lust, as tradeoff, or out of mercy to someone. The author's awareness of the subtle intricacies of humans emotionally entangled is, at times, exquisite.

Taylor lets you into the brains of his characters; you watch them as they notice looks, as they watch their soup change, as they think about the same thing and that other same thing and about lunch, their needing, their craving -- their leaving, dying for, looking for anything. The conversation goes from pasta to the esoteric and back again, back again; from Lionel longing “for that period of his life, when he made grilled cheeses” (“Proctoring”) to Milton wondering, “as he always does, if each house harbors some better, happier version of himself” (“Filthy Animals”). Several of the stories are connected, panning back to someone you know so you can get to know them better, and these connected stories mixed in with those that stand alone make the book feel like a sort of lived-in apartment complex, where you see these characters most of the time but have met these other people too, the more mysterious folks. You’ve caught glimpses into their yellow rooms walking home at night, have sat across from them on the bus sometimes, have seen them crying, laughing, making out in the stairwell. You’ve watched sometimes, looked away quickly other times, especially when they’ve seen you. This is how it is, how it feels.

Lingering always (it’s the reason the book stays open) is a sense of “this wasn’t it” or “they weren’t it” or “something is still missing.” So the characters keep searching -- circling back, moving forward -- and while we move through these pages with them, we’re trying to figure out what it is we really want too, why we are also unsatisfied, wishing for that same bareness, that same saying yes to everything.

As Taylor shows readers what desire coupled with trauma looks like, how depression and loneliness match up against the pulse to know another, they will relate; they will blush, sigh, laugh, cry. They will reread what they just read, and they will open their mouths, seeing, suddenly, themselves fleshed out: animal parts in headlights knowing other animal parts.

Jace Rose Malmquist is a writer in Birmingham, Alabama who is currently working on a collection featuring short stories, poems, and her first novella.