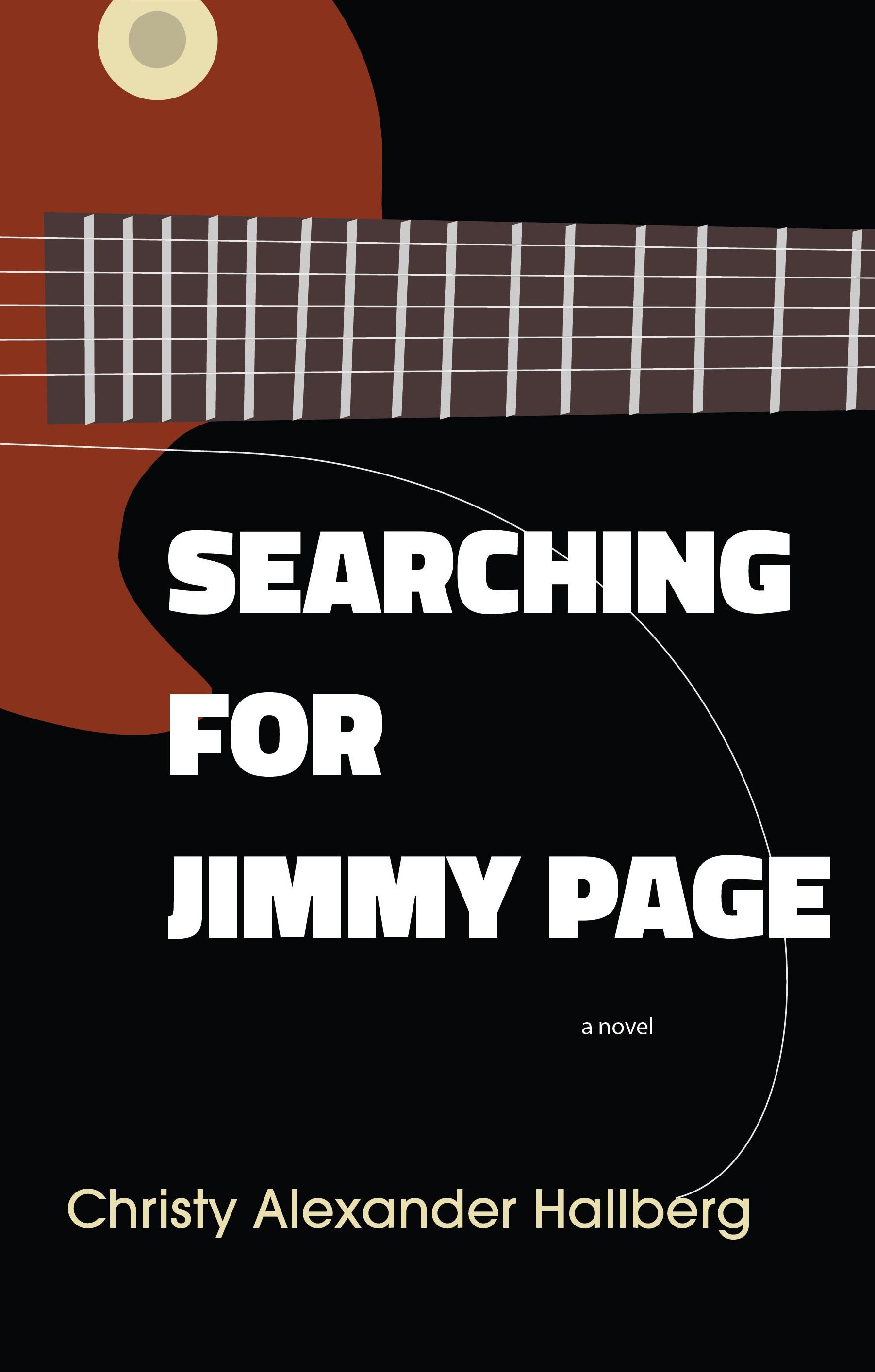 With her new novel, Searching for Jimmy Page, Christy Alexander Hallberg takes her place as one of the bright new stars in Southern fiction. She has given us a coming-of-age story based on a premise that could have fallen anywhere between sad cliché and literary page turner. In Hallberg’s deft and confident hands, it is most assuredly the latter.

This is family story, first of all. Luna, the protagonist, is a troubled teenaged girl, whose flower child mother, Claudia, has committed suicide. Luna witnessed the tragedy first-hand and now, at the age of 16, sets off on a quest to understand it. Her father has never been in the picture and remains to her a mystery. She knows only that Claudia (the name Luna calls her, instead of "Mother" or "Mom") was a beautiful young woman with multiple boyfriends and suitors. But Claudia‘s principal infatuation was Jimmy Page, lead guitarist for the rock band, Led Zeppelin.

Luna remembers how, when she was six years old, her mother took her to the drive-in movie to see the Led Zeppelin concert film, The Song Remains the Same. As she says:

He was a wizard...black shirt open in the front, stars and half-moons on black pants, cryptic silver pendant dangling from his neck... Halfway through “Dazed and Confused,” a roadie hands Jimmy a violin bow from the shadowy wings of the stage. He stands alone under a spotlight and strokes the bow across the strings of his Les Paul. Slow, sensual, like a seduction... Jimmy in a halo of white light, back arched, bow commanding guitar strings. Intense, fast. Robert Plant's voice, a plaintive wail, in synch with the music. At the climax, Jimmy tosses the shredded bow into the audience like a discarded lover then launches into a blistering guitar solo.

“You see,” Claudia said. “He’s not the devil. He’s just searching for the light.”

The writing itself is part of what sets this novel apart: haunting, ironic, lyrical, lovely.

“He was beautiful, ethereal, with wavy dark hair that grazed his shoulders and a pre-Raphaelite face, like the ones I’d seen in Claudia’s art history books.”

Or this: “Claudia‘s gait, her hair, her eyes, her laugh, like wind chimes in a gale.”

But in addition to the language, there is the story, which is riddled with tragedy and pain tempered with humor and quiet redemption rooted in truth. Claudia has hinted at a liaison, a mystical one-night stand with Jimmy Page,  which occurred, apparently, precisely nine months before Luna was born.

As a teenager locked in cynical rebellion, Luna wonders if a rock and roll legend could be her father. She decides to ask him.

The journey of discovery that follows is a journey into the human condition, the human heart, as seen through the eyes of a brave, vulnerable girl. Hallberg has a gift for character, enhanced by a well-developed sense of place. The story is set equally in small town North Carolina and the English countryside of Jimmy Page.

Luna comes from a traditional family, and we meet her grandmother and others who struggle to hold on to faith and hope in the shadow of suicide and other family tragedies. But Christy Hallberg is at her best in sketching out her teenaged characters – Luna – this wounded girl of intelligence and grit whose defiant, disillusioned rebellion goes far beyond the high school world in which she is caught. And then there is Luna’s best friend, Connie, an African American girl who is practical and driven in ways that Luna simply is not. In a chapter of redemption late in the book, we learn that they are friends for life, each succeeding in ways that Luna, at least, did not see coming.

Joe Taylor, director of Livingston Press at the University of West Alabama (which recently published William Gay’s brilliant posthumous novel, Fugitives of the Heart), has found another gem with this book. The author teaches writing at East Carolina University, and her students are lucky. This is my first encounter with her work. If Christy Hallberg keeps writing, it will not be my last.

Frye Gaillard, writer in residence at the University of South Alabama, is author of A Hard Rain: America in the 1960s.