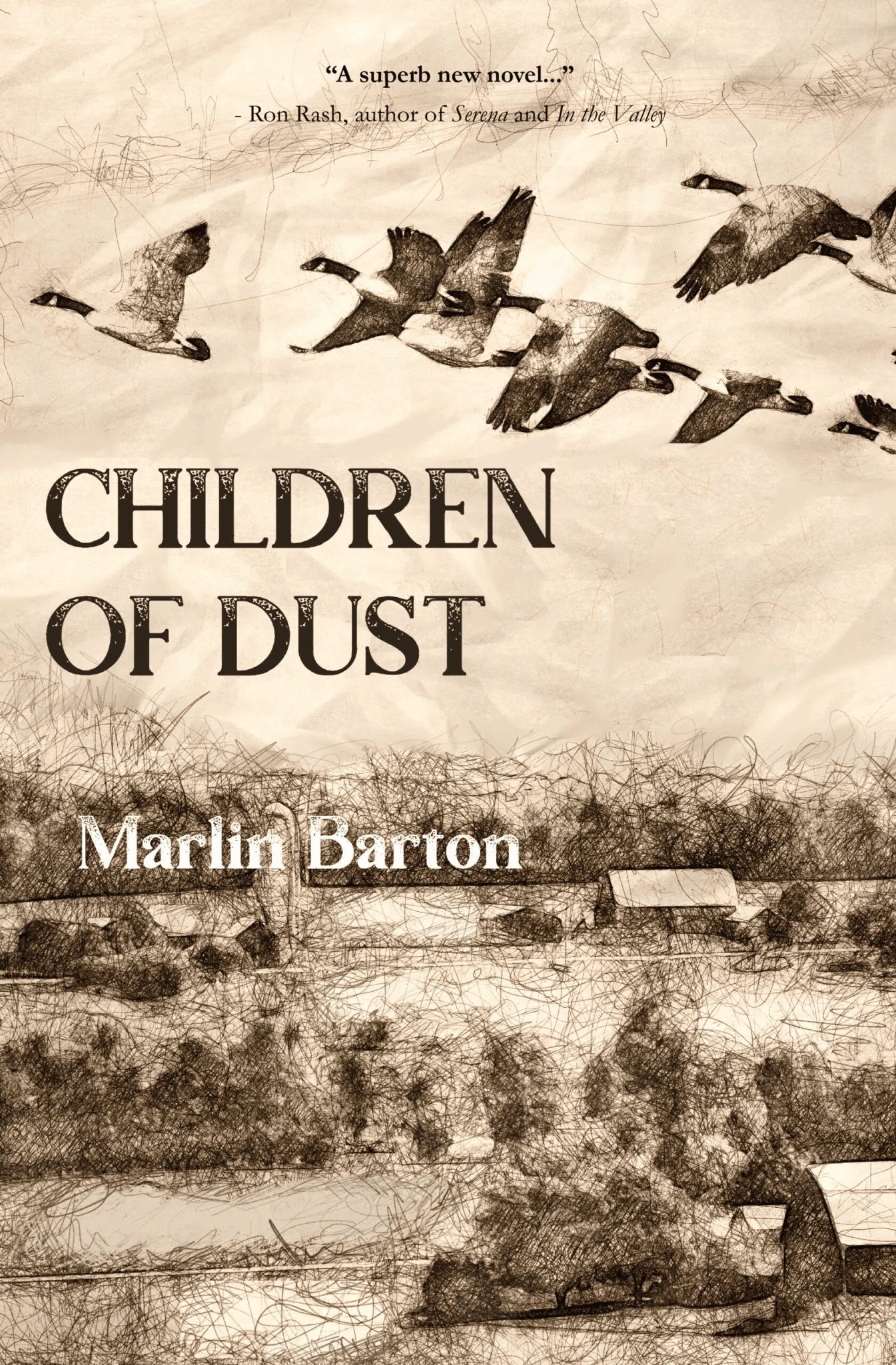 With his latest book, Children of Dust, Alabama novelist Marlin Barton has taken his place with the finest Southern writers of our times – with the likes of Ron Rash or William Gay – and if anything, that is understating the case. When it comes to understanding the human condition, and its intricate intertwining with the history of our place, there is not a better writer anywhere.

Barton tells the story of a Southern family living through the violence of Reconstruction, the tangled hurts in the time just after the Civil War, when newly freed slaves were yearning for freedom, for the citizenship and economic opportunity that would affirm a humanity that had long been denied. But by the 1870s they could already see that former Confederates reeling from defeat, and the shame and wreckage that went along with it, were determined to restore the power they had lost.

In Barton's novel, protagonist Rafe Anderson is a violent man with a twisted sense of honor, a veteran of war who believes that a man – a white man – must be willing to take what he needs. He is a rural patriarch with three families. One of these is with his wife, Melinda, a woman of vulnerability and wisdom, who must summon the strength to deal with the deaths of two infant sons. Both boys died mysteriously, just hours after they were born, and Melinda suspects that Betsy, Rafe's mistress who lives in a nearby cabin, may be the cold-blooded killer of both.

Betsy is a woman of color, part Black and part Choctaw. She and Melinda share a simmering hatred for each other, and for Rafe’s other mistress, Virginia, who lives with her children in a nearby town. As characters in a story both tender and violent search for the truth – a search that continues down through the generations – they are caught in the complications of race.

Marlin Barton, a white Alabamian, understands clearly that these complications are at the heart of the American story. How we see that story can be shaped in ways we barely understand by who we are and the things that we have been raised to believe. Writing about one of his characters, a white historian in the twentieth century struggling against the limits of his own point of view, Barton defines the struggle this way:

“He’s learned one probable truth … over these last few years, and that is that Black people have maybe always known more about white people’s history than white people themselves. Whites may have written the majority of the history, but it’s been Black people who’ve held the deeper knowledge that dates and bare facts never reveal about the actions of a people who held themselves superior. And yet, because the one race held itself superior, the perceptions of the other had to be influenced to some degree by their resentments and bias. How could they not have been?”

And then in the words of that same character:

“When people look at racial history, they want to dismiss the paradoxes, or don’t even see them. But maybe it’s in those paradoxes where truth really lies.”

This is the heart of Barton’s story, the tragedy and paradox of the past. But the novel, of course, is more than a fictional dive into history. It is a riveting, character driven account of the life and pain of one Southern family – Southern, in this case, including all of us; white, Black, Native American. Though the plot itself is intricate and brilliant, it is the sketching of character that ultimately sets Barton’s writing apart. Seldom does a novel have this many characters so fully developed. And even for the most hardened and bitter, including the violent protagonist, Rafe, we find ourselves drawn toward empathy, or at least a kind of reluctant understanding.

Meanwhile, the heroes – all of whom are actually heroines – are crafted with subtlety and grace. Melinda Anderson, her oldest teenaged daughter Bunyan, their Choctaw housekeeper Annie Mae, who once posed as a slave to escape the Trail of Tears, are women of strength who struggle with a truth that all of them share.

This is a great novel, one of the best I have read in many years. I could not put it down, and once finished, I could not stop thinking about what it meant – about history and the human condition, about the bonds that tie us to one another, and about a legacy we cannot escape, no matter how hard we try to deny it.

Frye Gaillard, writer in residence at the University of South Alabama, is an Alabama native whose books include Cradle of Freedom: Alabama and the Movement That Changed America and A Hard Rain: America in the 1960s.