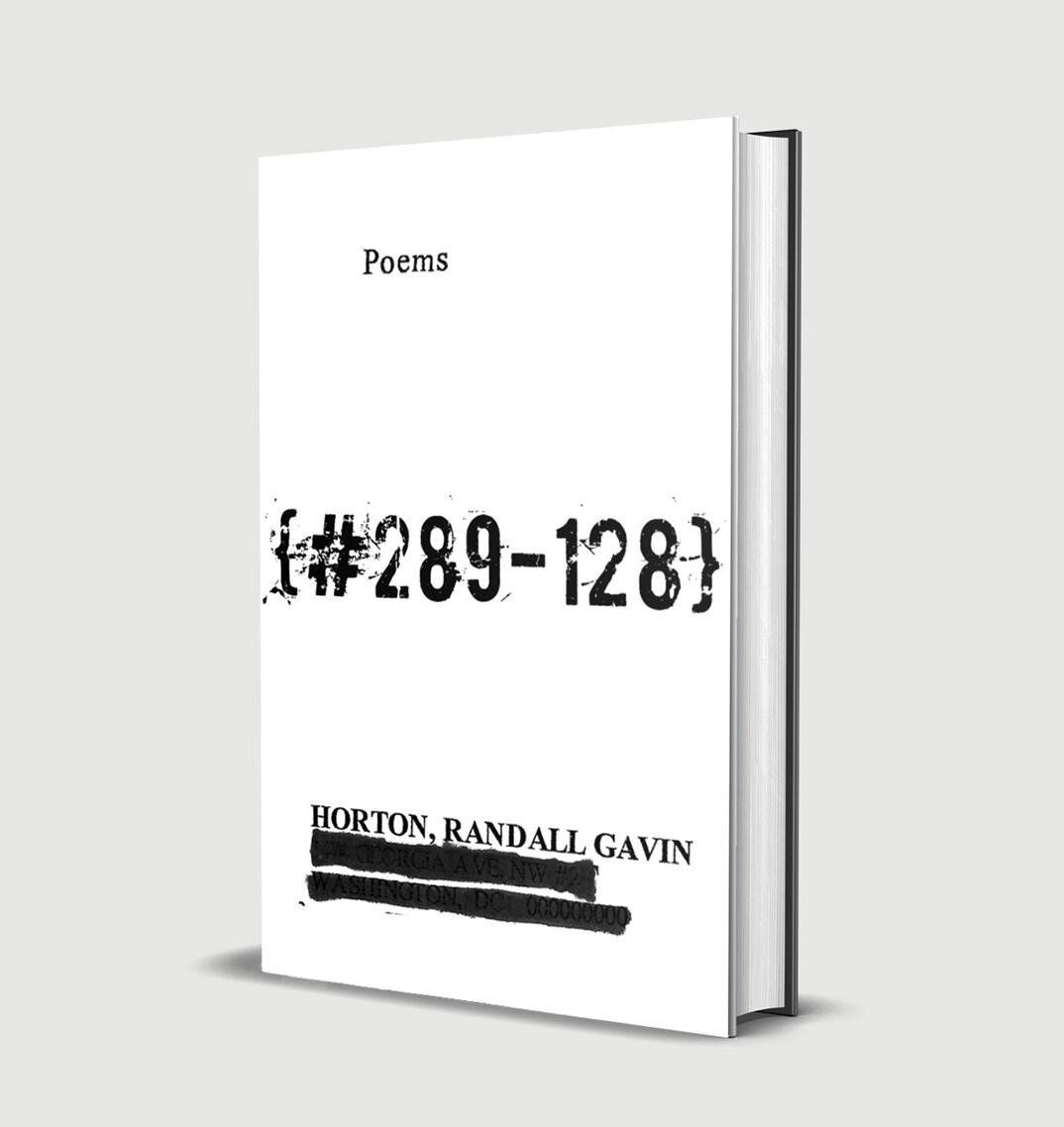 {#289-128} is the fourth collection of poetry by Birmingham, Alabama, native Dr. Randall Horton.  It contains forty-six poems and is divided into three sections: PROPERTY OF THE STATE, POET IN RESIDENCE, and POET IN NEW YORK. At first glance, these sections might be deceiving, suggesting perhaps that the collection is autobiographical or focuses on Horton and his move from a 20-year-old college student with seven felonies to a tenured university professor with a Ph.D. Though the title of the book is the number assigned to him while incarcerated, the collection is not Horton’s story alone as it offers a broad look into the criminal justice system. The poems are visceral and compelling. They are raw yet tender. Collectively, they have both the stench and the beauty of complicated human experiences.

“ANIMALS,” the first poem of the collection, is a provocative one. It begins with an epigraph by Rojai Fentress, who, at 16-years-old, received a 53-year sentence for first-degree murder. The Innocence Project at the University of Virginia School of Law accepted Fentress as a client, and after nearly 25 years in prison for a crime he did not commit, he was pardoned by Governor Ralph Northam of Virginia. This epigraph introduces readers who are unaware of this case to Fentress and his plight.[1] It invites us to consider his thoughts: “The only thing less than a nigger is a prisoner” (3). Perhaps these words conjure up images of incarcerated Black bodies that disproportionately make up the prison industrial complex in the United States or the fragility of their lives, even on the outside. Perhaps John Lennon and Yoko Ono’s “Woman is the Nigger of the World”[2] or Zora Neale Hurston’s the Black woman is “the mule of the world”[3] comes to mind and causes us to wrestle with our own complicity in oppressive hierarchical systems. In the poem, prison is described as  “abnormal,” “jam-packed,” “jungle-like,” with “no shade” and “nowhere to hide.”  Feelings of “sadness,” the smell of “piss” and unrelenting heat permeate the space (3). Those who contemplate escaping know that “running / will get that ass shot at the razor fence/dangling in blood. . . ”(lines 14-16).

Evidently, others have tried to escape. Their blood has become a permanent fixture on the fence— a reminder of the danger, a deterrent so that inmates are relegated to “sit[ting] [and] “suffer[ing]” (line 16). These images are harrowing but are only part of the dehumanization process. The inmates “suffer”// “while asking is this how the story ends”(lines 16-17)? But for the advocacy and support of the lawyers and volunteers at the Innocence Project, Rojai Fentress’s story might have ended very differently. Throughout the book, the thoughtful reader must ask how our collective story will end.

The poems of this collection transport readers from prison cells to the streets of New York. In “SEX INDUSTRY WORKERS ON SMOKE BREAK 1994,” readers enter the stairwell with gia & koko as they begin their smoke break. In the poem, the cigar is personified as koko, who is “not a doctor.” Yet kobo uses a scalpel and “skillfully/scrapes the guts, inserts weed & crack, licks//not sews the leaf tight. . .” (lines13-15). The tobacco from the cigar has “spill[ed] onto steps like placid blood / not on a gurney alongside redcap plastic vials, / cracked glass, used condoms, [and] dirty needles” (lines 4-6). The women use this “whoolie to medicate,” (line 12), but even this cigar laced with crack cocaine is not powerful enough to make them forget their insufferable surroundings, “a fucking jungle” (line 17).

The final section of the collection, POET IN NEW YORK, begins with the poem “REMEMBER” that memorializes some of the 72 inmates who shared the space designed for 30. There is the “slim praying man/in cell 15 with a needle stuck in his vein. . . (lines 3-4) / “the couple in cell 22 / lifers who found love doing a bid” (lines11-12) // “victim turned perpetrator in cell 6 / sold at age 8 for a bag of meth” (lines 18-19). These individuals are worth remembering; their stories deserve to be heard. Within the confines of these walls are life and death, love and hate, weakness and strength. There is even the victim as perpetrator, occupying the same body, and the “father & son as cellies” whose experiences in the penal system are intergenerational (lines 13-14).

Throughout the collection, the poet interrogates invisibility and love, loss and justice, addiction and freedom, nature and longing— reminding readers in “RHETORICAL, PERHAPS” that “rehabilitation is love letters to a ghost” (line 12). Horton’s {#289-128} is an important collection, especially in the wake of federal executions, the Equal Justice Initiative, prison outreach and  reform. So, we are compelled to ask again: is this how the story ends?

Zanice Bond is an Associate Professor of English in the Department of Modern Languages, Communication, and Philosophy at Tuskegee University in Tuskegee Institute, Alabama.