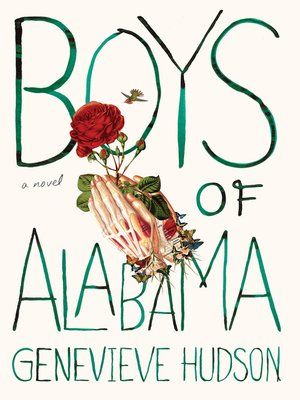 Max is new to Alabama. He and his parents arrive by plane and are greeted by some of the state’s most obvious symbols: sweet tea (“served in Styrofoam cups so big [Max] had to hold his with both hands”), the University of Alabama’s iconic A and stifling heat. The German family has relocated to America for Max’s father’s job at a car plant, and they find Alabama unusual, with its Confederate flags, streets named after football coaches, and private Christian schools. Regardless of talent, boys are welcomed to the school’s football team. It’s Alabama, after all, and football is the center of social life for most of the students.

It’s strange, but Max welcomes the change. The teenager seeks relief from his best friend’s death and a strange power: the ability to place his hands on a being and resurrect it.

Genevieve Hudson introduces these themes—the South, football, race, religion, grief—and a touch of magical realism in the first chapter of “Boys of Alabama.”

The football team is presented as a symbol for the state from page one, which the debut novelist opens with: “The boys are Alabama. They are red dirt and caked mud. They are grass stains on knee pads, names on the backs of jerseys, field goals and fullbacks, Heisman trophies and touchdowns, a fat lip and a happy concussion.”

Although Hudson was raised in Alabama, the novel depicts a stereotypical version of the state. Max finds immediate acceptance when he joins the football team at God’s Way, a private school where life centers on football and faith. His teammates are generally curious about, or overlook, Max’s otherness. Being German is a curiosity. But Max quickly learns to keep his sexuality as secret as his ability to raise the dead. Max is queer. Growing up as an atheist, he hasn’t seen cause to feel ashamed that he’s attracted to other boys. But in Alabama, it’s obvious that a relationship with another boy is an affront to God. So, Max hides his interest in the unusual Pan—a boy who shuns gender norms and is fascinated by Max’s unusual powers—from the rest of the football team, but Max can’t hide his desire from Pan himself.

Hudson’s descriptions of Alabama and many of its people generally lack nuance, but sometimes the imagery can be vivid: “A text message found Max standing in his kitchen about to slice the midsection of a lemon. The sight of Pan’s name on his screen caused his stomach to rise into his sternum. Pan sent a selfie of himself drinking diet Mountain Dew with just his lips showing: bright green on skin where drink met mouth. The next text showed a pink tongue extended. A blue Skittle sat in the center. His cat, Mr. Sprinkles, was curled up on his shoulder.”

Boys of Alabama attempts to marry a predictable portrait of Alabama with a queer teenage love story, and the novel shows promise. Max wrestles with identity and the expectations his teammates have faced their entire lives. Though many of the other boys are flat, background characters, Hudson reveals the conflicting identities some of them wrestle with.

For example, Lorne is the son of The Judge, a gubernatorial candidate and conservative Christian who the community holds up as an example of morality. Lorne is one of Max’s teammates and members of the football team volunteer for The Judge’s campaign. As Max gets to know his teammates, though, he learns that Lorne’s own infatuation with Pan has been an issue between Lorne and his father. The Judge ordered his son to stay away from Pan, but Lorne’s attraction to his classmate is unresolved.

Max’s parents are concerned about his involvement in the campaign, and it’s one more example of the many storylines Hudson attempts to braid together. But the novel concludes with its big ideas left unresolved, and with magical realism distracting from the intersection of faith, football and sexuality the book attempts to explore. One could argue that these dangling plot threads are much like a teenager’s life experience: still developing, yet to be answered. Perhaps that was the author’s intent. But the novel left this reviewer unsatisfied, yearning for resolution of at least some of the story’s many angles.

Boys of Alabama establishes Hudson as a novelist who is unafraid to take on big ideas. It’s an ambitious first novel and, though imperfect, the book suggests Hudson has many stories yet to tell.