Alabama Writers Hall of Fame to Induct 7 in 2020 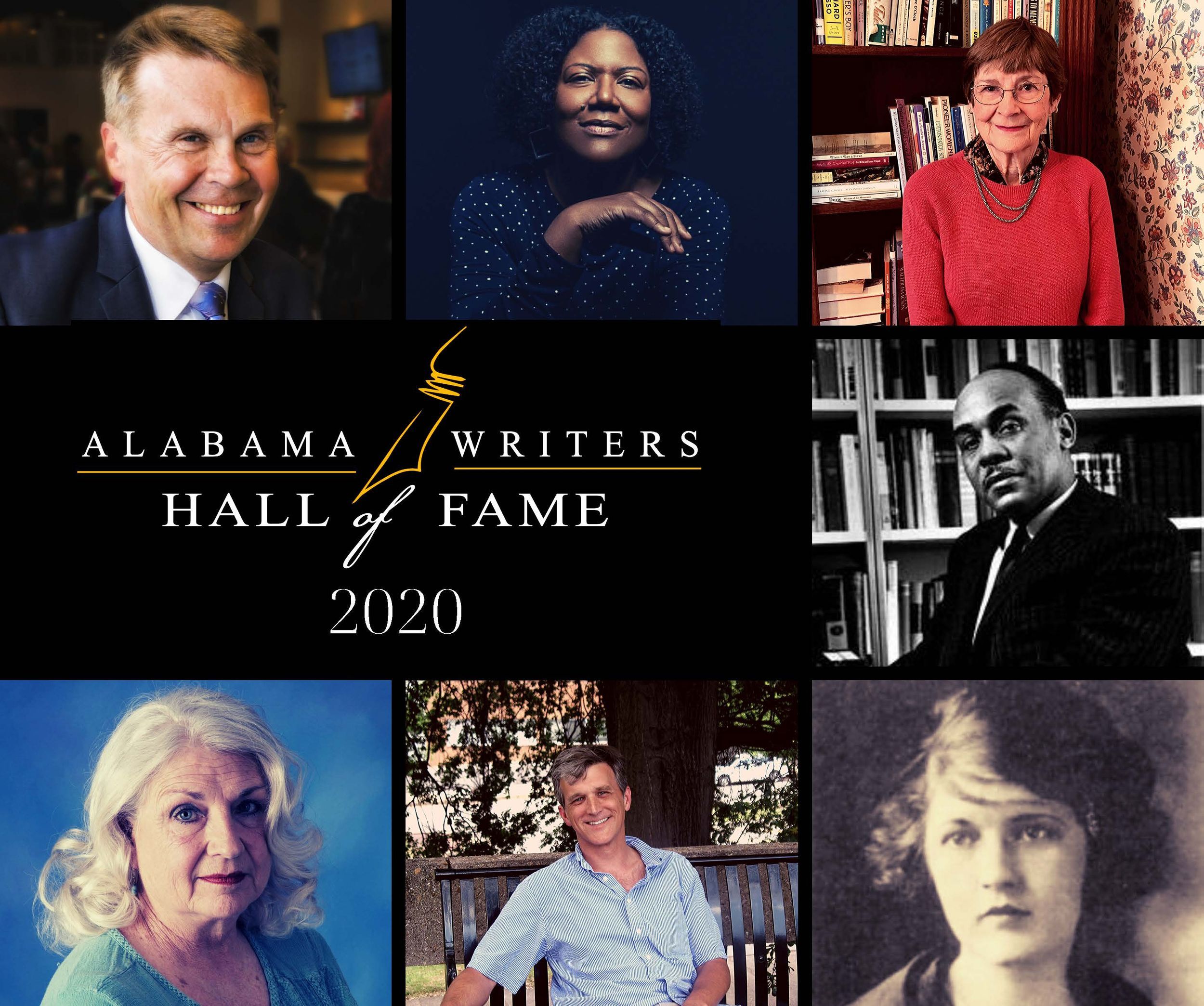 TUSCALOOSA, Ala.  — Seven distinguished authors will be inducted into the 2020 Alabama Writers Hall of Fame at The University of Alabama’s Bryant Conference Center March 9, 2020.

A reception will be held in the authors’ honor at 6 p.m. followed by dinner at 7 p.m. The induction ceremony will immediately follow dinner.

“This year we are honoring writers who are well-known for award-winning fiction, poetry, screen-writing, and writing for children and young adults, as well as two ground-breaking 20th-century authors,” Gilstrap said. “The variety of genres underscores the level of literary talent in Alabama. We hope people will celebrate their achievements with us in March.”

Childress is a native of Monroeville and a UA graduate. He’s the author of seven novels translated into 14 languages, as well as screenplays, children’s books, numerous articles, essays and reviews. He adapted his best-selling novel, “Crazy in Alabama,” into the screenplay for the Columbia Pictures film directed by Antonio Banderas.

A long-time resident of Deatsville, Gibbons has written more than a dozen children’s picture books and young adult novels that focus on life in the rural South since the 1980s.

Haines is a Lucedale, Mississippi native who lives in Semmes. She is a “USA Today” bestselling author of more than 80 books of fiction.

Jeffers was born in Kokomo, Indiana and grew up in Durham, North Carolina and Atlanta, Georgia, but she was educated in Alabama, with degrees from Talladega College and UA. Jeffers has published widely in poetry, fiction and essays, and she has four poetry collections, with a fifth, “The Age of Phillis,” scheduled to be published in early 2020.

Knight is the author of two novels, three collections of short stories and a book of novellas. His most recent collection of stories, “Eveningland,” was selected as an Editor’s Choice Pick by The New York Times and a Southern Book of the Year by Southern Living magazine.

Ellison was born in Oklahoma in 1914 and trained as a musician at Tuskegee Institute from 1933 to 1936. Soon after, he made a visit to New York and met author Richard Wright, which led him to his first attempts at fiction. The result was “Invisible Man,” a first novel by an unknown writer that remained on the bestseller list for 16 weeks and won the National Book Award for fiction. He died in 1994.

Fitzgerald is a Montgomery native who was an artist, writer and personality who helped to establish the Roaring 20s image of liberated womanhood embodied by the “flapper.” She and her husband, novelist F. Scott Fitzgerald, became icons of the freedoms and excesses of the 1920s Jazz Age. Her novel, “Save Me the Waltz,” published in 1932, is an autobiographical recounting of her marriage. She died in 1948.