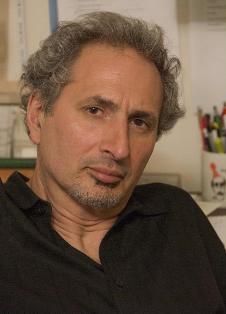 The Pulitzer Prize Board announced the recipients of the 2016 Pulitzer Prize at Columbia University on April 18. The announcement marked the 100th anniversary of the award that commemorates outstanding work in journalism and the arts. The award was begun by named for newspaper publisher Joseph Pulitzer.

Below is a list of award recipients in literature:

Ozone Journalby Peter Balakian (University of Chicago Press) Poems that bear witness to the old losses and tragedies that undergird a global age of danger and uncertainty. Runners up: Alive: New and Selected Poems by Elizabeth Willis (NYRB) and Four-Legged Girl by Diane Seuss (Graywolf Press)

The Sympathizer by Viet Thanh Nguyen (Grove Press) A layered immigrant tale told in the wry, confessional voice of a "man of two minds" -- and two countries, Vietnam and the United States. Runners up: Get in Trouble: Stories by Kelly Link (Random House) and Maud's Line, by Margaret Verble (Houghton Mifflin Harcourt)

Hamilton by Lin-Manuel Miranda
A landmark American musical about the gifted and self-destructive founding father whose story becomes both contemporary and irresistible. Runners up: Gloria by Branden Jacobs-Jenkins and The Humans by Stephen Karam

Custer's Trials: A Life on the Frontier of a New America by T.J. Stiles (Alfred A. Knopf) A rich and surprising new telling of the journey of the iconic American soldier whose death turns out not to have been the main point of his life. (Moved by the Board from the Biography category.)

Barbarian Days: A Surfing Life by William Finnegan (Penguin Press) A finely crafted memoir of a youthful obsession that has propelled the author through a distinguished writing career. Runners up: Custer's Trials: A Life on the Frontier of a New America by T.J. Stiles (Alfred A. Knopf) and The Light of the World: A Memoir by Elizabeth Alexander (Grand Central Publishing)

Black Flags: The Rise of ISIS by Joby Warrick (Doubleday) A deeply reported book of remarkable clarity showing how the flawed rationale for the Iraq War led to the explosive growth of the Islamic State. Runners up: Between the World and Me by Ta-Nehisi Coates (Spiegel & Grau) and If the Oceans Were Ink: An Unlikely Friendship and a Journey to the Heart of the Quran by Carla Power (Henry Holt)