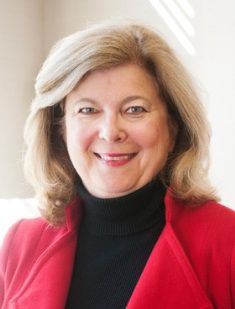 Alabama Humanities Foundation (AHF) has elected its new chair and three new members to its board of directors. Nancy Sanford, executive director of the Florence-Lauderdale Public Library, is chair of the board. New members include Edgar Welden, chairman of Alabama Sports Hall of Fame; Ann Florie, executive director of Leadership Birmingham; and Sally Greenhaw, retired Montgomery County circuit judge.

“I am proud to be serving as chair of AHF,” said Sanford. “I have been working with the organization for a number of years—on the board and through its programs that benefit the library and so many other organizations throughout the state with which I am involved. This is truly an honor for me.”

Sanford joined the Florence-Lauderdale Public Library in 2004 as executive director after more than twenty-five years of experience in public education, higher education, marketing and public relations, and in a variety of cultural, nonprofit and community development and involvement activities.

She is a graduate of Leadership Shoals and Leadership Alabama, a member of the SunTrust Bank Board of Directors, past president of the Sheffield Rotary Club and a Paul Harris Fellow. She was named Sheffield Citizen of the Year in 1993.

Her community service has included working with the Tennessee Valley Art Center, the Music Preservation Society, United Way of the Shoals, the YMCA of the Shoals, Sheffield Education Foundation, University of North Alabama Alumni Association, the Shoals Branch of the Association of University Women, and the Inter Faith Council of the Shoals.

Welden is a successful businessman, public servant and chairman of the Alabama Sports Hall of Fame Museum.

A native of Wetumpka, he attended The University of Alabama and received his B.S. degree from the School of Commerce and Business Administration.

Welden joined his brother, Charles V. Welden, and the late Peter W. Field to form numerous business ventures. Over the years, these companies operated under the umbrella of the Welden Field Welden families. The companies became some of the most successful real estate development, mortgage, and property management companies in the Southeast.

He is former chairman of the Alabama Republican Party, served as director of the Alabama Development Office, Alabama Department of Economic and Community Affairs, and as Special Assistant to the Governor for Economic Affairs.

Welden was selected Alabama’s Citizen of the Year by the Alabama Broadcasters Association. By gubernatorial appointment, Welden served as voluntary chairman of the Alabama Reunion, a two-year statewide celebration designed to promote pride within the state, increase economic development and tourism and improve Alabama’s national image. He designed and organized this program, which was recognized nationally when Welden was awarded the 1992 National Governor’s Association Award for Distinguished Service to State Government.

He serves on the President’s Cabinet of The University of Alabama and was honored with the 2010 Distinguished Alumnus Award.

Welden has served as president of the Bryant-Jordan Student-Athlete Program, which awards more than 100 scholarships annually to Alabama high school seniors. He was captain of the Birmingham Monday Morning Quarterback Club and vice chairman of the Crippled Children’s Foundation.

He created the Birmingham Athletic Partnership (BAP), a non-profit organization supporting the Birmingham City public school athletic and band programs. This program enhances the athletic departments’ abilities to provide the necessary leadership, education, facilities and equipment so that students have opportunities to excel in their sports and related extracurricular activities. BAP has provided more than $2.5 million in financial support.

In 2006, Welden was appointed by President George W. Bush to serve as a member of the President’s Council on Physical Fitness & Sports. He was inducted into the Alabama High School Sports Hall of Fame and was elected to the board of directors of the National Football Foundation.

In 1998, he formed Will Publishing to publish his personal journey, Time Out, A Sports Fan’s Dream Year, which chronicles Welden’s year of traveling to all fifty states and attending 250 sporting events. Since then, Will Publishing has aided other authors needing assistance to publish their worthwhile stories. Additionally, the company partnered with Seacoast Publishing to produce The Alabama Roots Biography Series. This series of forty-five books details the life and history of significant men and women in Alabama history and fills a void of quality, regional non-fiction for students in the middle grades.

In 2010, the AHF presented Welden with the Alabama Humanities Award. He has also served as a board member for the Alabama Music Hall of Fame, Alabama National Bancorporation, and Troy University Foundation Board.

"It is an honor to have the opportunity to serve with a board of directors who are dedicated to sharing the history and culture of this great state and passing it along to the next generation."

A native of Weldon, Ark., Florie received a BA in Political Science from Newcomb College of Tulane University. She is the executive director of Leadership Birmingham, a program that yearly brings together civic and business leaders to discuss the challenges and opportunities in the Birmingham area.

Florie was the founding executive director of Region 2020, Inc., which led efforts to promote regional cooperation and citizen involvement in the areas of affordable housing, education, arts and culture, transportation, and land use in a twelve-county area in Central Alabama.

She is on the board of trustees for Brookwood Medical Center, Jefferson County Personnel Board, and Birmingham Water Works Board. She also serves on the executive committee of the Birmingham Business Alliance, board of directors for the Public Affairs Research Council of Alabama (PARCA), Leadership Alabama, the Freshwater Land Trust, and the Addiction Coalition.

She is a former member of the Mountain Brook Board of Education for ten years and is a past president of the Junior League of Birmingham and the Downtown Kiwanis Club. She was a founding board member of the Children First Foundation, First Look, Inc., Leading Edge Institute and the Women’s Fund. She has served on the boards of the United Way of Central Alabama, the McWane Center, the Comprehensive Cancer Center and the Birmingham Chamber of Commerce. She is a graduate of Leadership Birmingham, Leadership Alabama, and the Momentum Leadership Program.

She has received the Richard Arrington Jr. Achievement Award, the Cahaba Girl Scouts “Women of Distinction” Award, the Girls, Inc. “She Knows Where She’s Going Award,” the BBJ Top Birmingham Women Award and the Birmingham News “Up and Coming Leaders” and “Women Who Make a Difference” Awards. She was a recipient of the 2008 NCCJ Brotherhood/Sisterhood Award.

"I consider it a tremendous opportunity to serve with a board of directors dedicated to promoting the humanities throughout our state,” Florie said. “The work of AHF has such a positive impact on Alabama, and I am honored to be a part of furthering its mission and goals through its innovative and insightful programs and its far-reaching grant opportunities.”

Greenhaw of Montgomery and Birmingham is a retired circuit judge, serving on the bench in Montgomery County for more than twenty years. She is a graduate of The University of Alabama and Cumberland School of Law.

She has been an active community volunteer, and is a graduate of Leadership Montgomery and Leadership Alabama. She also was involved with the Alabama Council on Substance Abuse, Family Guidance Center, and Department of Human Resources Board.

Judge Greenhaw was married to the late Wayne Greenhaw, an Alabama writer, and served on the AHF board for many years. AHF’s Wayne Greenhaw Service Award is given in his honor to a current or former board member who has made significant contributions to the humanities.

“I am so honored to serve on the AHF board,” Greenhaw said. “I look forward to being involved in promoting the many programs that enrich and impact so many lives throughout Alabama and being involved in the challenges ahead. It is such a privilege to work with the other board members in an effort to accomplish these goals.”

“We welcome our new chair and newest board members, who I am confident will continue to build a strong legacy for our organization,” said AHF Executive Director Armand DeKeyser. “Their diverse experience, dedication, and willingness to serve strengthen our mission of advocacy for the humanities throughout Alabama.”

As the state affiliate of the National Endowment for the Humanities, the AHF strives to create and foster opportunities for scholars and the public to interact and explore human values and meanings through the humanities.