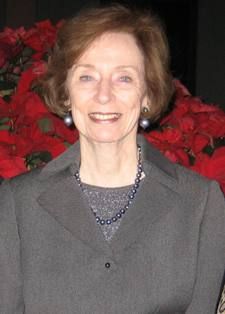 Founding Alabama Writers’ Forum Board member, long-time fiction reviews editor for First Draft, and reviewer for AWF Book Reviews Online, Julia “Judy” Oliver died on July 10. A concert pianist as well as talented author, she studied piano performance and piano pedagogy at the University of Alabama, where she earned a Bachelor of Music degree. She also studied at the Julliard School of Music and at Randolph-Macon Women’s College.

“This week Alabama lost another beloved literary figure,” said Forum Executive Director Jeanie Thompson. “Judy was a founding board member of the Forum from back in the days before we were even incorporated, and she always brought great suggestions to my attention. We are all sorry to have lost Judy.”

Her fiction was also published in the anthology Belles' Letters: Contemporary Stories of Alabama Women (Livingston Press, 1999) and in literary journals such as Southern Humanities Review, The Chattahoochee Review, The Jefferson Review, and others.

Oliver was working on a novel of psychological suspense at the time of her death.

In lieu of flowers, Oliver suggested donations be made to the Montgomery County Historical Society or to St. John’s Episcopal Church.