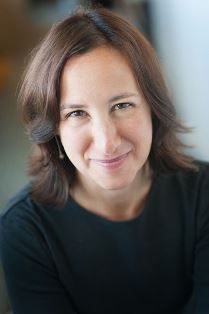 The National Endowment for the Arts is pleased to announce that Amy Stolls has been appointed director of literature. Since May 2013, Stolls has served as acting director of literature. She will continue to oversee the NEA's grant awards in literature, which includes grants to organizations for publishing and audience and professional development projects, as well as for fellowships to individual poets, prose writers, and translators.

NEA Acting Chairman Joan Shigekawa said, "I am delighted Amy will continue to lead the NEA's efforts in the literature field. She brings deep knowledge, understanding, creativity, and humor to her work, and I know we will all benefit immensely from her energy and spirit."

“To be part of the literary community—that passionate, wonderful lot of writers, teachers, publishers, editors, presenters, librarians, translators, and more who work tirelessly on behalf of books and reading—is an honor. To be in a position to help this community is a gift,” said Stolls. “I have always believed deeply in the NEA’s mission. I look forward to carrying out that mission as best I can in my new role.”

Stolls joined the NEA's literature office in 1998. As a literature specialist and later as the literature program officer, she has been an integral part of the NEA's grantmaking, advising and reviewing proposals in addition to moderating panels. In addition, she has given speeches on the topic of literature at conferences and festivals both around the country and abroad, spearheaded the NEA's involvement in the National Book Festival, and advised on the Big Read program.

Stolls is also the author of the young adult novel Palms to the Ground (Farrar, Straus & Giroux), winner of the 2005 Parents' Choice Gold Award, and the novel The Ninth Wife (HarperCollins, 2011). In May, Stolls spoke at the 2014 New York State Council on the Arts LitTAP Facing Pages statewide convening about how her work as an artist informs her work at the NEA: "[A]s a writer, that creativity—and empathy and compassion for other writers and the sometimes grueling process of writing—I bring to my work every day. It helps to remind me that we're dealing with human beings, not just budgets and regulations. I think the best projects are the ones that bubble up from the ideas of writers and readers and people on the ground, not from some organization on a hill saying, 'This is what the people need.'" You can read more from this speech on the NEA's Facebook page.

Stolls has served as an adjunct literature professor at American University and previously worked as an environmental journalist, gaining international recognition for her coverage of the Exxon Valdez oil spill. She has a BA in English from Lafayette College and an MFA in creative writing from American University.