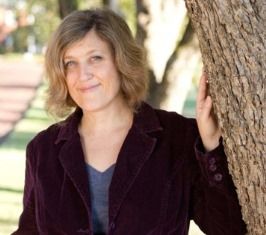 Each year, Poets & Writers selects one state (or Washington, D.C.), and invites writers from that jurisdiction to apply for the Writers Exchange Award (WEX). For 2014, the state of Alabama was chosen. This year’s judges were Victor LaValle for fiction and Evie Shockley for poetry.

The Writers Exchange Award offers winners an unusual opportunity. Poets & Writers will ask Ms. Chancellor and Mr. Moore to identify agents, editors, authors, and others in the literary field that they would like to meet. Then, over the next several months, staff will work to arrange appointments with as many of these individuals as possible. In October, the two winners will travel to New York City, all expenses paid, and representatives of Poets & Writers will accompany them on a round of visits to gain insight and advice and establish professional contacts. As a direct result of these meetings, past WEX winners have had their books published, received fellowships, secured teaching positions, and laid the groundwork for their professional lives as writers. To date, more than eighty writers from thirty-four states have participated.

“I am both stunned and thrilled that I have received this honor,” said Chancellor. “When I applied, I was quite aware of how many talented, dedicated, and deserving fiction writers are working in the state of Alabama, and I didn’t think I had a shot. When Bonnie Marcus of Poets & Writers called with the news, I think I said to her, ‘Wow, you just made my life.’ The days since have been a kaleidoscope of wonder, gratitude, elation, and humility. I am so thankful to Maureen Egen and Poets & Writers for this incredible opportunity. I am also grateful for the Alabama Writers’ Forum for all that it does to support and encourage writers across the state.”

Chancellor’s short fiction has appeared in Gulf Coast, Blackbird, Colorado Review, Crazyhorse, Phoebe, and elsewhere. Her honors include a fellowship and a project grant from the Arizona Commission on the Arts and scholarships from the Bread Loaf and Sewanee Writers’ Conferences. A graduate of Vanderbilt University’s MFA program in fiction, she lives and works in Montevallo, Alabama, where she is an assistant professor of creative writing and English at the University of Montevallo. Her current projects include a short-story collection, When Are You Coming Home?, which has been a finalist for the Mary McCarthy, Bakeless, and Katherine Anne Porter prizes, and a novel tentatively titled The Magnificent Wilds.

“I am very pleased—elated, actually—and honored to receive the Maureen Egen Writers Exchange Award,” said Moore. “My sincere gratitude to Poets & Writers for the chance to compete and for the opportunities the award includes.”

Moore grew up on a small farm in East Central Alabama after World War II. With degrees in English from Auburn University, Rice University, and Middle Tennessee State University, he taught freshman and sophomore English in community college for four decades. Now retired, he lives with his wife, Cassandra, in Decatur, Alabama. His poems have appeared in The Distillery, Teaching English in the Two-Year College, English Journal, Alabama Literary Review, POEM, The Cape Rock, The South Carolina Review, Avocet, Ship of Fools, The Penwood Review, and other journals. He has poems forthcoming in The Anglican Theological Review, Main Street Rag, and The Sow’s Ear Poetry Review. Moore has published two chapbooks, What He Would Call Them (Finishing Line Press, 2013) and Time’s Fool (Mule on a Ferris Wheel Press, 2014). He serves as assistant editor of the literary magazine POEM.

As part of the winners’ visit to New York, Poets & Writers will sponsor a reading and reception for them. In addition, they are offered a one-month residency at the Jentel Artist Residency Program in Wyoming. The Writers Exchange Award is generously supported by Maureen Mahon Egen.