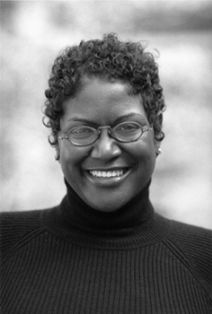 The 19th Poet Laureate Consultant in Poetry at the Library of Congress, Natasha Trethewey, has selected poet Honorée Fanonne Jeffers as the recipient of a Witter Bynner Fellowship and has named poetJake Adam York posthumously as a fellow. This is the 17th year that the fellowship has been awarded.

Trethewey will introduce a program celebrating the fellows at 6:30 p.m. on Wednesday, March 26, in the Montpelier Room on the sixth floor of the James Madison Building, 101 Independence Ave., S.E., Washington, D.C. 20540. The event is free and open to the public. No tickets are needed.

Jeffers will read her poetry, and Trethewey will read the work of York, who died in December 2012.

Librarian of Congress James H. Billington said, "These fellowships—to poets whose distinctive talents and craftsmanship merit wider recognition—provide a wonderful way for the Laureate, the Library and the [Witter Bynner] Foundation to encourage poets and poetry."

Commenting on her selections, Trethewey said Jeffers and York "are two American poets whose work deserves a wider audience."

Born in Durham, North Carolina, Jeffers is an alumna of Talladega College. She will receive a $10,000 fellowship.

Jeffers is the author of three books of poems, including Red Clay Suite (2007), Outlandish Blues (2003), and The Gospel of Barbecue (2000). Her other honors include the 1999 Stan and Tom Wick Prize for Poetry for her first book and the 2002 Julia Peterkin Award for Poetry. She has also received awards from the Barbara Deming Memorial Fund and the Rona Jaffe Foundation and fellowships from the National Endowment for the Arts, the American Antiquarian Society, the MacDowell Colony, and the Bread Loaf Writers Conference. A founding member of Cave Canem, the writer’s colony for African-American poets, Jeffers teaches at the University of Oklahoma, where she is associate professor of English and creative-writing coordinator.

A native of Gadsden, Alabama, York wrote four books of poems, including his forthcoming book Abide (2014), Persons Unknown (2010), A Murmuration of Starlings (2008), and Murder Ballads (2005). He also published a book of literary history, The Architecture of Address: The Monument and Public Speech in American Poetry (2005). A recipient of a National Endowment for the Arts Creative Writing Fellowship in poetry, York also received the 2005 Elixir Prize in Poetry for his first book, the 2008 Colorado Book Award in Poetry for his second book, and the 2010 Third Coast Poetry Prize for his poem "Before Knowing Remembers." Founder of the online literary journal storySouth, and the online journal Thicket, York was a contributing editor for the literary journal Shenandoah.

The Witter Bynner fellowships support the writing of poetry. Only two things are asked of the fellows: that they organize a reading in their hometowns and participate in reading and recording sessions at the Library of Congress. Applications are not taken for the fellowships; the Poet Laureate makes the selection.

The Witter Bynner Foundation for Poetry was incorporated in 1972 in New Mexico to provide grant support for programs through non-profit organizations. Witter Bynner was an influential early-20th century poet and translator of the Chinese Classic "Tao Te Ching," which he named "The Way of Life According to Laotzu." He travelled with D.H. Lawrence and Frieda Lawrence and proposed to Edna St. Vincent Millay (she accepted, but then they changed their minds). He worked at McClure’s Magazine, where he published A.E. Housman for the first time in the United States, and was one of O. Henry’s early fans.

The Poetry and Literature Center at the Library of Congress fosters and enhances the public’s appreciation of literature. The center administers the endowed poetry chair (the U.S. Poet Laureate), and coordinates an annual literary season of poetry, fiction, and drama readings, and performances, lectures, and symposia, sponsored by the Library’s Gertrude Clarke Whittall Poetry and Literature Fund and the Huntington Fund. For more information, visit www.loc.gov/poetry/.

The Library of Congress, the nation’s oldest federal cultural institution and the largest library in the world, holds more than 158 million items in various languages, disciplines, and formats. The Library serves the U.S. Congress and the nation both on-site in its reading rooms on Capitol Hill and through its award-winning website at www.loc.gov.

Photo of Honorée Fanonne Jeffers courtesy of The Poetry Center at Smith College.