Andrew Glaze selected as next Poet Laureate of Alabama 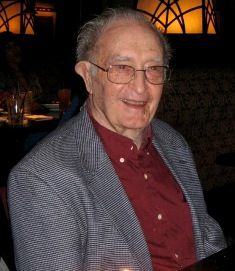 Andrew Glaze was selected as the eleventh Poet Laureate of Alabama during the Alabama Writers’ Conclave’s annual meeting in Huntsville, July 20-22. Glaze will be officially appointed by Governor Robert Bentley during a ceremony in November. His four-year term will begin in 2013.

Glaze is the author of eight books of poetry, and has published two collections of selected works. Glaze initially won critical acclaim with the publication of his first book, Damned Ugly Children: Poems (Trident Press, 1966). According to the Encyclopedia of Alabama, “Glaze has received Poetry magazine's Eunice Tietjens Award, and the American Library Association included his book Damned Ugly Children in its Notable Books List for 1966. Library Journal chose I Am the Jefferson County Courthouse as one of the best small press titles of 1981. He has won a National Hackney Award, and his selected poems, Someone Will Go On Owing, received the Best Book of the Year Award from the Southeastern Booksellers Association in 1998. He was also the first recipient of the ABA Online Award the same year.”