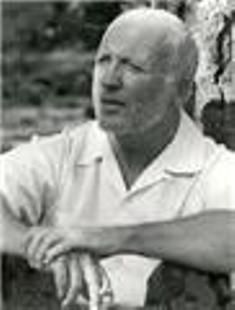 Editor’s note: This obituary was first published in The Opelika-Auburn News on July 11, 2012.

Madison P. Jones Jr. was born in Nashville in 1925. The distinguished novelist began writing at Vanderbilt where he lettered in football and met prominent teachers of literature who helped start his career. He did graduate work at the University of Florida where he met his wife Shailah Jones. He came to Auburn University in 1956 and taught there for thirty-seven years. During this time he received many awards and prizes, including the Harper Lee Award for Distinguished Alabama Writer, a Guggenheim Fellowship, The T.S. Elliot Prize for Fiction, and The Michael Shaara Prize for Excellence in Civil War Fiction. Among his novels, An Exile was made into the movie, I Walk the Line. Mr. Jones was preceded in death by Shailah, his wife of 59 years. He is survived by his five children, Carroll Lofty, Madison Percy Jones III, Ellen Green, Michael Jones, and Andrew Jones, and his twelve grandchildren.