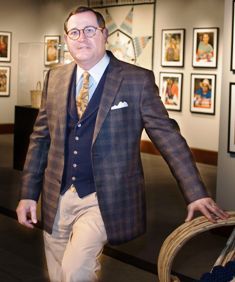 The National Endowment for the Arts recently announced its 2012 NEA National Heritage Fellowship Recipients. Alabama State Council on the Arts Executive Director Albert B. “Al” Head is the recipient of the Bess Lomax Hawes NEA National Heritage Fellowship award. The award recognizes an individual who has made a significant contribution to the preservation and awareness of cultural heritage. The fellowships are the nation’s highest honor in the folk and traditional arts.

For more than forty years as a director of three different cultural agencies and as a national arts leader, Head has advocated for the importance of the traditional arts and the necessity of providing state support for this field. The only state arts director to start folk arts programs in three states—Florida, Louisiana, and Alabama—Head has strived to show how important the folk and traditional arts are to defining and giving life to a community.

A native of Troy, Alabama, Head earned his undergraduate degree from Troy State University in art history and aesthetics. He was a star quarterback on Troy’s 1968 NAIA national championship football team. He received his MA, with a concentration on Southern literature, from Auburn University at Montgomery. In 1974 he received a National Endowment for the Arts fellowship to attend Harvard's Arts Administration Institute. An integral part of the state arts field since his position in 1972 with the Fine Arts Council of Florida, Head served as executive director at the Stephen Foster Folklife Center (1975-77) and the Louisiana Division of the Arts (1977-85), before becoming executive director of the Alabama State Council on the Arts, a position he has held since 1985.

Head also served two terms on the National Assembly of State Arts Agencies (NASAA) board, and in 1998 NASAA presented him with the Gary Young Award for his leadership and achievements in promoting the arts nationally. Head has also served as a member of the South Arts board for thirty-five years, presiding as its chair 1983-85.

Described by Peggy Bulger, former director of the American Folklife Center at the Library of Congress, as "one of the most important pioneers in arts administration to recognize and embrace the folk and traditional arts," Head has mentored a number of folklorists and was instrumental in creating a network of state folklorists in the southern states' arts agencies. He initiated the establishment of the Florida Folk Arts Center in White Springs in 1975 and the Louisiana Folklife Commission in 1981. In 1990 he established the Alabama Center for Traditional Culture (ACTC) as a division of the Alabama State Council on the Arts, dedicated to research and presentation of the state's cultural traditions. Today, ACTC provides funding assistance for folklife projects, technical assistance, folk art apprenticeships, and the presentation of folk artists. In addition, ACTC collaborates with the Alabama Folklife Association and other organizations who share the goal of interpreting and documenting Alabama folk culture.

He has been part of the nomination process leading to both Alabama and Louisiana artists receiving an NEA National Heritage Fellowship, including musicians Dewey Balfa, Clifton Chenier, and the Birmingham Sunlights; quilters Mozell Benson, Nora Ezell, and Bettye Kimbrell; and potter Jerry Brown, among others.