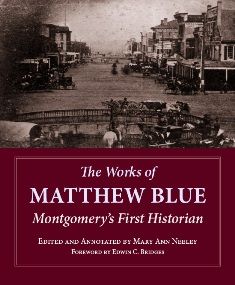 Marty Olliff interviewed Dr. Dan Haulman, co-winner of the 2012 Milo B. Howard Award, who discusses his Alabama Review article, "The Tuskegee Airmen and the 'Never Lost a Bomber' Myth." The interview is approximately seventeen minutes long and occurred on May 11, 2012.

Both podcasts are available at the AHA website: http://www.archives.alabama.gov/aha/podcasts.html

AHA plans two more interviews for the near future and welcomes your suggestions for future programming. Drop an email to molliff@troy.edu.