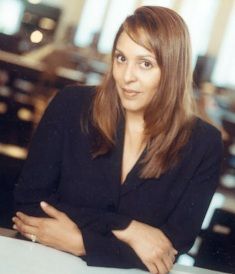 Editor’s Note: Natasha Trethewey once served on the English faculty at Auburn University and received an Alabama State Council on the Arts Literary Fellowship in 2000.

From the Library of Congress:

Librarian of Congress James H. Billington today (June 7, 2012) announced the appointment of Natasha Trethewey as the Library’s Poet Laureate Consultant in Poetry for 2012-2013.

Trethewey, the 19th Poet Laureate, will take up her duties in the fall, opening the Library’s annual literary season with a reading of her work on Thursday, September 13 in the Coolidge Auditorium. Her term will coincide with the 75th anniversary of the Library’s Poetry and Literature Center and the 1937 establishment of the Consultant-in-Poetry position, which was changed by a federal law in 1986 to Poet Laureate Consultant in Poetry.

"Natasha Trethewey is an outstanding poet/historian in the mold of Robert Penn Warren, our first Poet Laureate Consultant in Poetry," Billington said. "Her poems dig beneath the surface of history—personal or communal, from childhood or from a century ago—to explore the human struggles that we all face."

She is the author of three poetry collections, including Native Guard (2006), winner of the 2007 Pulitzer Prize in Poetry; Bellocq’s Ophelia (2002); and Domestic Work (2000). Her newest collection of poems, Thrall, is forthcoming from Houghton Mifflin Harcourt in 2012. Trethewey is the author of a nonfiction book, Beyond Katrina: A Meditation on the Mississippi Gulf Coast (2010).

An English and creative writing professor at Emory University in Atlanta, Trethewey will reside in the Washington, D.C., area from January through May of 2013 and work in the Poets Room of the Poetry and Literature Center, the first time the Poet Laureate has done so since the inception of the position in 1986.

Trethewey’s other honors include fellowships from the Guggenheim Foundation, the National Endowment for the Arts, the Rockefeller Foundation Bellagio Study Center, and the Bunting Fellowship Program of the Radcliffe Institute for Advanced Study at Harvard. She has also received the Mississippi Institute of Arts and Letters Book Prize and the Lillian Smith Award for Poetry.