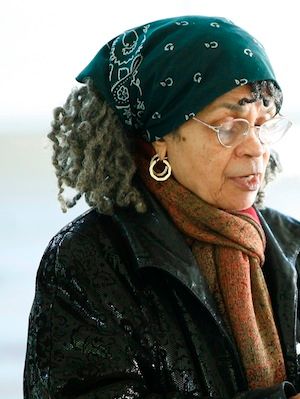 Travel the state this spring to Alabama’s premier literary events

The annual spring literary season officially kicked off in February with the Southern Literary Trail’s Trailfest 2011. From the banks of the Tennessee River to the shores of Mobile Bay, Trailfest 2011 features some twenty-five events around the state through May. Take a detour from the trail April 1-2 for the third annual Slash Pine Poetry Festival in Tuscaloosa. Book lovers will converge on the geographic center of the state on April 15 for the Montevallo Literary Festival, now in its ninth year. From Montevallo, take the short drive to Montgomery for the sixth Alabama Book Festival in Montgomery on April 16. The season concludes with a bowl of Literary Gumbo at the Alabama Writers Symposium in Monroeville May 5-7.

Join the Alabama Writers’ Forum this spring in celebrating our state’s vast literary heritage. Read more about these festivals and more in this month’s Literary News.

Trailfest 2011 continues through May 8

Trailfest 2011, the official celebration of the Southern Literary Trail, continues through May 8 in Alabama, Georgia, and Mississippi. The Trail is a collaborative effort to celebrate Southern literature in all three states with an emphasis on the places that inspired classic fiction during the twentieth century. In Alabama, free programs are presented by the Trail with the support of the Alabama Humanities Foundation, a state program of the National Endowment for the Humanities. Special features include a look at Truman Capote's In Cold Blood during the forty-fifth year since its 1966 publication and celebrations of the Tennessee Williams Centennial.

The Pebble Hill book Albert Murray and the Aesthetic Imagination of a Nation and its namesake will be examined in programs in both Mobile and Tuskegee. Kenneth Holditch, a Tennessee Williams biographer and writer of Tennessee Williams and the South, will talk about the playwright at the Carnival Museum in Mobile on March 19 during the Historic Homes Tour of the Historic Mobile Preservation Society. Local scholars in Mobile will join Broadway actor Joel Vig (Hairspray) for a porch play from the writings of Eugene Walter at the writer's home, the Cox-Deasy Cottage, also on March 19 during the Homes Tour.

Writer Jim Haskins, the most prolific writer on African-American history in the country, will be the subject of a tribute in his hometown of Demopolis on April 29 by fellow writers who knew him: William Cobb, Don Noble, and Bert Hitchcock. Haskins wrote frequently about popular African-American musicians, so the program will be accompanied by performances from the male chorus of Morning Star Baptist Church and the choir of the University of West Alabama.

Trailfest events in Georgia and Mississippi include the exhibit Eudora Welty, Exposures and Reflections, curated by the Museum of Mobile; “Startling Figures,” the Flannery O'Connor Conference in Milledgeville; and statewide celebrations of the Tennessee Williams Centennial in Mississippi including his childhood hometowns of Columbus and Clarksdale. The seventy-fifth anniversary of Gone With The Wind will be observed throughout Trailfest at the Margaret Mitchell House in Atlanta.

The long roster of poets and fiction writers includes readers such as Joel Brouwer, Willie James King, Oliver de la Paz, Jake Adam York, Sue Brannon Walker, Andrew Zawacki, and many other University of Alabama faculty members, graduate students, and area poets. Presenting work from the traditional to the highly experimental, the festival brings a wide variety of formal and aesthetic sensibilities into close proximity. Likewise, poets range from national award winners and the well-published to MFA candidates and other emerging voices.

With the vital interaction between art and place in mind, Slash Pine has chosen five community venues, all of them highly accessible to University, community, and Alabama residents. Readings will take place at the Children’s Hands On Museum and the Bama Theater in downtown Tuscaloosa and Stillman College in West Tuscaloosa.

Register today for the ninth annual Montevallo Literary Festival, a springtime celebration of creative writing, hosted by the University of Montevallo. The 2011 festival will be Friday, April 15.

The daylong festival, held on UM’s charming tree-lined, red-brick campus, will feature readings by established and emerging writers from around the state, region, and country; poetry and prose master classes; a pedagogy workshop for creative writing instructors; a book exhibition and author signings; formal and informal discussions about the art and craft of creative writing; and social gatherings that encourage writers and participants to extend and deepen conversations on a personal scale.

Registration details and writers’ biographies are available on the Web.

The sixth annual Alabama Book Festival (ABF) will be held in historic downtown Montgomery at Old Alabama Town on April 16, 10 a.m.-4 p.m. The free, public event is the state’s premier book festival—with more than forty writers and performers and 4,000 expected visitors from around the country converging in the capital to meet with and hear from their favorite authors, scholars, and musicians.

Programs and activities will include author appearances, book signings, musical performances, and an exhibit area featuring literary organizations and vendors selling books and other items of interest to booklovers. A children’s activity area organized by Alabama Public Television is sure to make this a day of fun for the entire family.

To kick off the Festival, on Friday, April 15, more than forty Alabama teachers will attend a free, day-long creative writing workshop with ABF authors Richard Goodman, Tony Crunk, and P.T. Paul at Troy University, Montgomery Campus. Sponsored by Vulcan Materials Company and the Support the Arts Car Tag Fund and coordinated by the Alabama Writers’ Forum, the workshop will attract teachers from across the state who wish to sharpen their creative writing skills. (For more information, contact the Forum at writersforum@bellsouth.net)

Alabama’s next generation of writers, represented by winners from the state leg of Poetry Out Loud and from the Alabama High School Literary Arts Awards, will also give readings. In addition, the Alabama Center for the Book will present winners in the Letters About Literature contest, which features students writing to their favorite authors.

To help commemorate The Year of Alabama Music, singer-songwriters Janet Simpson and Dan Farmer will perform.

The Alabama Writers Symposium serves a bowl of Literary Gumbo

The Alabama Writers Symposium celebrates its fourteenth anniversary in
Monroeville, Thursday, May 5-Saturday, May 7. This year’s symposium explores the theme Literary Gumbo, showcasing a slate of writers, poets, artists, and musicians who produce songs, stories, and characters that flavor Alabama literature.

Registration begins Thursday, May 5 at 1 p.m. in Nettles Auditorium on the campus of Alabama Southern. New events on Thursday’s schedule include golf with President Reginald Sykes at the Vanity Fair Golf and Tennis Club and Historic Walking Tours in Downtown Monroeville.

Thursday evening’s opening reception at the Monroeville Community House features Monroeville native Mark Childress. Currently promoting his new book Georgia Bottoms, Childress is the author of seven novels and the screenwriter for Crazy in Alabama, the Columbia Pictures’ film based on his best-selling book. His novel Tender was selected one of the Ten Best Novels of 1990 and was a national best-seller. Childress has also received a Distinguished Alumni Award and the Thomas Wolfe Award from the University of Alabama.

Friday’s events include readings in Nettles Auditorium, a picnic on the Old Courthouse Museum lawn, a community theatre production of To Kill a Mockingbird, and an afternoon performance by Alabama singer/songwriter Kathryn Scheldt.

Admission to discussion sessions is free to all registered participants, but there is a charge for other events. Tickets are limited for the Thursday Evening with Mark Childress, the Friday Awards luncheon, the live performance of To Kill a Mockingbird, and the Saturday brunch, so participants are encouraged to register by April 21.

The symposium is a project of the Alabama Center for Literary Arts and is sponsored by Alabama Southern Community College. Symposium supporters include George F. Landegger; the Alabama Humanities Foundation, a state program of the National Endowment for the Humanities; the Alabama State Council on the Arts; BankTrust; Alabama Power Foundation; United Bank; and Radley’s Fountain Grille. The symposium is produced in cooperation with the Alabama Writers’ Forum, the Association of College English Teachers of Alabama, the Caroline Marshall Draughon Center for the Arts and Humanities in the College of Liberal Arts at Auburn University, Monroe County Heritage Museums, and the Monroeville/Monroe County Area Chamber of Commerce.

The latest edition of First Draft Reviews Online highlights some of the brightest stars in the Alabama literary galaxy. There you will find recent reviews of spring fest authors Mark Childress and E.E. Wade, Tony Crunk and Wayne Greenhaw, and YA favorite Roger Reid. Other notable reviews include works by Sonia Sanchez, Sena Jeter Naslund, and P.T. Paul.

Still can’t find who you’re looking for? Key their names into our searchable archives. You’ll probably find them there.