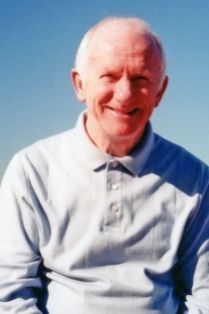 C. Terry Cline Jr. died in his sleep at home in Fairhope on May 21. Born in Birmingham, he grew up in various places, including Belle Glade, Florida; Longmont, Colorado; and Atlanta. The author of nine novels, he also had a successful career in radio and television. Cline is best remembered as a generous teacher and loyal friend.

Cline donated his body for medical research to UAB’s Alabama Organ Center. A memorial service will be held out of doors in Fairhope’s Henry George Park, overlooking Mobile Bay, on June 30 at 10:30 a.m. Everyone is invited and should bring a lawn chair or blanket to sit on.

Nine Alabamians honored at Celebration of the Arts Awards

The Alabama State Council on the Arts held its biannual Celebration of the Arts Awards ceremony on May 21 at the Alabama Shakespeare Festival in Montgomery. The event recognizes and honors Alabama artists and individuals for their contribution to the arts in Alabama and beyond. Al Head, executive director of the Council said, "This awards program is an opportunity for the state to recognize special individuals who make the arts happen and bring great credit to our state through their work."

This year’s recipients included a Pulitzer Prize winning author, an internationally recognized poet, a professor emeritus and cultural historian, a university president and his wife, a dance instructor and artistic director, a playwright, a traditional band, a community arts volunteer and arts patron, and a long-time leader in the state legislature. Their contributions to the arts are diverse and far-reaching. Their impact on the entire state has been profound and sustained for many years.

CELEBRATION OF THE ARTS AWARDS…

Flavorwire.com recently chose former Black Warrior Review editor Alissa Nutting as one of the 10 Best Millennial Authors You Probably Haven’t Read (Yet). BWR editor for 2007-08, Nutting will release her debut novel, Tampa (Ecco-HarperCollins), next month. She earlier gained acclaim following publication of Unclean Jobs for Women and Girls, a collection of short stories.

Lookout Alabama magazine and the Southeastern Literary Tourism Initiative are proud to announce that Natalie Cone of Trussville, Ala., is the winner of the Lookout Alabama/SELTI Writing Contest for her short story, "The Totem," spotlighting Fort Payne and Desoto State Park. The contest drew twenty entries from writers across the country.

Alabama Sen. Clay Scofield (R-District 9, Blount, Madison, Marshall), chair of the Alabama Senate Tourism and Marketing Committee, presented Cone with a $500 check from the Alabama Tourism Department at Lookout 2013, a dinner event held on May 10 at Cook Castle, the Lookout Mountain home of Jeff Cook of the country music group Alabama. The event, hosted by Lookout Alabama, featured New York Times bestselling author Homer Hickam, who was a judge of the writing contest, University of Alabama Center for Economic Development Director Nisa Miranda, and local and state tourism and economic development officials.

On a similar note, the State Senate recently passed Joint Resolution 25, which expresses “support for authors and publishers who produce works of fiction set in real Alabama tourism attractions”

TRELLIS is coming to Tuscaloosa

Graduates of The University of Alabama (UA), Abraham Smith and Jessica Peterson, have built a literary happening centered around the florid landscapes of the Yellowhammer State. TRELLIS is a creative writing and letterpress printing weekend workshop intensive, to be held October 30-November 3 in Tuscaloosa. Through nature and town walks and oral performance practicum, participants will realize the eternalizing truths of their imaginations. Through guided hands-on letterpress studio time, Trellisers will actualize the fruits of the mind.

Peterson, independent owner and operator of The Southern Letterpress, notes: "My community is full of like-minded creators who have inspired me and pushed me deeper into my own craft. These people use the open space, economy, and relative isolation of the Deep South to focus on their own making. At TRELLIS, you will discover the visceral power of imprinting metal letters into high quality cotton rag paper on a printing press. It is a transformative experience, especially when the words you print are your own."

UA English instructor and avid, active national performer of his poetry, Smith is quick to acknowledge his experiences at UA: "Much of the writing side of TRELLIS is a result of my experiments as a teacher at The University of Alabama. I’ve taken what’s worked there, refined it, polished it, and now I’d like to offer it to people.”

The University of Alabama Press, founded in 1945 and the largest publisher in the state, announced recently that it has hired John "J.D." Wilson as sales and marketing director. A professional with twenty-four years' experience in publications and marketing, Wilson will contribute his expertise in traditional areas of publicity, advertising, direct marketing, exhibits, and sales as well as in the rapidly growing areas of database and metadata management and social media. He will work in the Press's Tuscaloosa office.

A native of Decatur, Alabama, Wilson comes to the Press from the Charles E. Tuttle Publishing Company, a 65-year-old publishing house based in Rutland, Vermont; Tokyo, Japan; and Singapore, where he served as Academic Sales Manager. Previously, he served as director of marketing at the Cheng & Tsui Company of Boston, as well as an earlier stint in Tuttle's Tokyo office as sales manager.

Huntsville resident David Ivey recently received a National Heritage Fellowship from the National Endowment for the Arts (NEA). A master of Sacred Harp singing, Ivey is a leader in reinvigorating this unique vocal tradition for the 21st century by leading singing schools all over the country and creating the first summer camp dedicated to Sacred Harp singing.

Sacred Harp, or "shape note," singing traces its legacy back to colonial New England. From there it spread to other parts of the early United States through the work of itinerant singing masters. The Sacred Harp hymnbook was published in Georgia in 1844 and gives the tradition its name.

As part of its efforts to honor and preserve our nation's diverse cultural heritage, the NEA annually awards one-time-only National Heritage Fellowships for master folk and traditional artists. These fellowships are intended to recognize the recipients' artistic excellence and support their continuing contributions to our nation's traditional arts heritage.

Emily Sheera Cutler of Indian Springs was named a winning playwright in the 2013 Young Playwrights, Inc. National Playwriting Competition for her play, The Road Trip.

Joy Ross Davis was recently interviewed by Alex Zuffoletti of the University of Phoenix about her new novel, Countenance.

Irene Latham’s book Please Don’t Feed the Boy was selected by the Alabama Center for the Book to represent the state at the National Book Festival in Washington, September 21-22. The book was also named a 2013 Bank Street College Best Children’s Book of the year.

Daniel Wallace’s book Big Fish has been adapted into a musical. It had its preview run in Chicago this past spring, and it will debut on Broadway at the Neil Simon Theater on September 5.