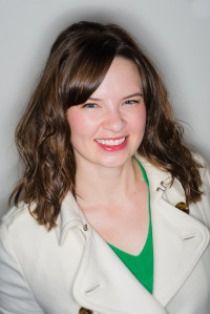 At its June meeting in Montgomery, the Alabama State Council on the Arts (ASCA) awarded fifteen fellowship grants, including one arts administration fellowship totaling $75,000 and two Arts and Cultural Facilities grants totaling $40,000, for a grand total of $115,000. Brooke Bullman of Huntsville and Kyes Stevens of Waverly received the two Literature Fellowships.

Bullman received her BA in English from Auburn University, where she served as editor of the Auburn Circle literary magazine. She is enrolled in the low-residency MFA writing program at Spalding University while employed as a marketing writer in Huntsville.

Stevens is a poet with a strong work ethic and a mature style characterized by sophistication, earthiness, and a strong sense of social engagement. She received her MFA in poetry at Sarah Lawrence College and has published in multiple literary genres.
(Photo of Brooke Bullman by Kerry Brooks)

For forty-five years, the Huntsville Literary Association (HLA) has sponsored the Young Writers Contest for elementary, middle, and high school students in Huntsville and Madison County to encourage creative writing and the literary arts. The contest includes an expanded Senior Short Story Division, the Dorothy Diemer Hendry Award for Literary Achievement (DDH). The work of the DDH Award winners have recently been published in an anthology, Expressions 2013: Student Voices from North Alabama, by a partnership of HLA, The Ardent Writer Press. Student bios and photos accompany their stories, an eclectic assortment of fantasy, science fiction, drama, comedy, and suspense.

A documentary based on a book co-authored by University of South Alabama Writer-in-Residence Frye Gaillard and Bayou La Batre teachers Sheila Hagler and Peggy Denniston won a regional Emmy for Outstanding Achievement, Television Programming Excellence in the category of Documentary-Cultural from the National Academy of Television Arts and Sciences on June 8.

In the Path of the Storms was directed by Mike Letcher. Gaillard said the film “tells the story of the endangered, but treasured way of life in Bayou La Batre, Coden, and the other fishing villages on the Alabama Coast.”

IN THE PATH OF THE STORMS…

The Alabama Writers’ Conclave (AWC) met for its annual gathering of workshops, awards presentations, fellowship, and business meetings, July 12-14 at the University of South Alabama Baldwin County Campus in Fairhope.

Set in 1969 Birmingham, Fielder's Choice is narrated by a teen athlete with a conscience. Brad Williams struggles with what he sees as unfair treatment of a new shortstop on his baseball team, though he needs to play that position himself to win a college scholarship.

Kirk and Jerri Hardesty both had work accepted to the new pirates anthology from Dark Oak Press, A Tall Ship, a Star, and a Plunder. Kirk submitted a short story, Jerri three poems.

Jo S. Kittinger’s picture book, The House on Dirty-third Street, received a 2013 Christopher Award. This title was also a finalist for an SCBWI Crystal Kite Award. Her Helping a Hero, a picture book that deals with the difficulties of service men returning home with PTSD, was released this month by the American Bar Association Publishers.

Harper Lee Award recipient Sonia Sanchez has been collaborating with Mural Arts in Philadelphia, Penn., on the project, Peace Is a Haiku Song.

Gita Smith received the Best Short Story on the Web Award for 2013 from Spinetingler Magazine for her short story, “The Tractor Thief's Jacket.”