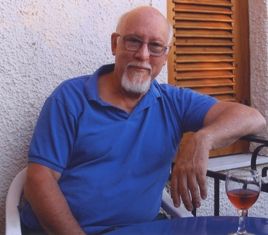 Zelda Sayre of Montgomery married Scott Fitzgerald in New York City on April 3, 1920, just after he had published This Side of Paradise, to great reviews and monstrous commercial success. The Fitzgeralds were America’s darlings. They could do no wrong. Fans followed their every adventure.

In March 1922 Scott published his second novel, and Burton Rascoe, an enterprising editor at the New York Tribune, went to the Plaza where the Fitzgeralds were living and asked Zelda to review it.

Review a spouse’s book? How? This was unheard of!

She began: “I note on the table beside my bed this morning a new book with an orange jacket entitled The Beautiful and Damned. I have been asked to analyze it carefully in the light of my brilliant critical insight [and] my tremendous erudition.”

Right this minute I find on various surfaces around the house my wife’s attractive new collection of stories, Tell the World You’re a Wildflower. Friends have dared me to review it. If Zelda can, I can.

Scott’s novel is the cautionary tale of two wastrels, Anthony and Gloria Patch, a greedy, alcoholic couple waiting for a rich grandfather to die.

Jennifer Horne’s stories are not like that. She has written twenty-four tales in the voices of Southern women, mainly Arkansans, from seven to seventy-seven. These females are going through all stages of life, experiencing a wide array of realizations, changes, successes, and disappointments. In “Blue,” a child becomes aware of her mom’s grief over a miscarriage. In “Why I Live at the Albert Pike Hotel,” an older woman must come to terms with her children’s longings for their inheritance.

Sometimes, a hostess must just cope with too many houseguests.

Although Zelda found most literary heroines “dull, stupid, boring,” she was “completely fascinated” by Gloria, the wife, a spoiled, lazy creature modelled after herself. She finds some “inconsistencies” but, after all, it is fiction.

Many of Horne’s heroines are married, so I took a long, anxious look at her fictional husbands. Not too bad. Most are decent fellows. In “Be Careful What You Wish For,” Susan convinces Stuart, forty years old, to get some work done—a little Botox, eye tuck, chin tightening. Stuart looks great, but unexpected consequences follow. Quarreling, maybe cheating? He moves out.

Well, what to make of that?

Zelda noticed in The Beautiful and Damned, as she would later in The Great Gatsby, “certain borrowings from an old diary of mine which disappeared shortly after my marriage” and also “scraps of letters which…sound to me vaguely familiar.” She remarks “Mr. Fitzgerald…seems to believe plagiarism begins at home.”

Since we share a house, I have written Ms. Horne few letters and am confident she does not have access to my journals, but I searched Wildflower anyway. Aside from a few family names, Fern, Josephine, used in homage, there is little of an autobiographical nature. These stories are not memoir. They are fiction—fully imagined, a rarity these days.

Zelda also remarks she has been asked to do this job because of her “vast, impressive partiality….”

I am just as partial as Zelda was; if some of you buy this book I will go to Midtown and get a new, fashionable overcoat. If heaps of you get on board, as I hope you will, there is a little beach house on Dauphin Island I have my eye on.

Tell the World You’re a Wildflower: Stories
By Jennifer Horne
The University of Alabama Press, 2014
$29.95, Hardcover

Don Noble is host of the Alabama Public Television literary interview show Bookmark and the editor of A State of Laughter: Comic Fiction from Alabama. This piece was originally broadcast on Alabama Public Radio.