The Non-linear Geometry of Spirituality by Jennifer Horne 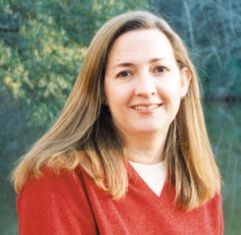 Editor’s note: Jennifer Horne gave these remarks as part of a presentation at the AAUW Adelante Book Club, held at Eclipse Coffee & Books in Montevallo, Alabama, on April 11, 2012.

When the first book was published, my coeditor, Wendy Reed, and I did expect more controversy, just because the South tends to be more religious than the rest of the country and more conservative. We had included, among other things, a woman who calls herself a Baptist-Buddhist! Is there such a thing as a Southern fatwa?

Once the book was published, however, we discovered that there are a lot more of us out there than we had thought. Talking about the book at conferences, bookstores, book groups, and church group meetings, we found a community of like-minded spirits, not nearly as vocal or organized or visible as their traditionally religious counterparts, but strong in their conviction that no one could tell them what to believe just because they lived in the South. We might think of them as the spiritual descendants of Emily Dickinson, who wrote, “Some keep the Sabbath going to church, I keep it staying home.”

We didn’t want to publish another volume just for the sake of publishing, but a couple of years after that first volume came out, we thought that there was more to say, and plenty more women to say it, so we made another wish list, and sent out a lot of letters, and now we have sixteen more essays, two of which are by women we met at conferences while talking about the first book, one by a reviewer of the book. Those essays are by Susan Cushman, whom we met at the Southern Festival of the Book in Memphis—she actually writes about that in her essay; Debra Moffitt, whom we met at Berry College’s Southern Women Writers Conference; and Barbara Brown Taylor, the Episcopal priest who wrote Leaving Church and who reviewed the book for Southern Cultures.

We have been happy to see that this collection developed along different lines from the first one. We found that we were increasingly curious, for ourselves, about how spirituality functions—and survives—on a daily basis. Where do southern women find inspiration, solace, connection in their daily lives? How can we expand the definition of what it means to pray? How do we stay in touch with that part of our selves and our lives we call spiritual in the midst of e-mails and texts and commercials and the various demands of modern life buzzing around us like mosquitoes? Can you practice deep breathing at a stoplight, do yoga at the airport, connect with nature or another human being at the ballpark?

We found that we wanted to focus not so much on transformation as on staying open to the many possibilities in any given moment, or, as we’ve begun to put it, faith not as a noun but as a verb. In planning the organization of the book, we were sparked by a quote from the environmentalist and writer Terry Tempest Williams:

We decided that verbs, rather than nouns, would be our section headings: seeking, keeping, embodying, questioning, transforming.

In looking at these new essays to see how to organize them and what to write about them in our introduction, we also found, peculiarly, that fully half of our new contributors had written either primarily or marginally about clothing, mixing the sartorial with the spiritual.

In pondering this, I remembered wondering as a child why I had to dress up to go to church and being told that it had to do with showing respect to God. I remember that it was really important to wear a slip with your dress. Was God some kind of fashion police, I wondered? Did he only listen to those who were properly attired? To the degree that I conceptualized God independently of what I’d been taught in church, I think I would have said that this being we referred to as God was more present to me in the exaltation I felt in the high limbs of a tree I climbed or in the feeling of running barefoot across a soft lawn, than in the itchy tights and hard patent-leather shoes I wore to church.

So maybe clothing is an apt metaphor for the “fit” of religious or spiritual practice. The wrong one can make you feel as though you are spiritually holding your stomach in, as with a pair of too-tight pants. When you are wearing something that fits well and suits you, you feel good, unselfconscious, at ease.

As someone who loves systems, order, organization, categories, I like boxes, lists, a place for everything and everything in its place. For a long time, I thought my spirituality was supposed to fit into a box called church. When that stopped working, I kept trying to find ways to make church fit me, like a piece of inherited clothing you get altered, pair with new accessories, dye a different color, or sew patches onto—but that rarely results in a satisfactory outcome either. In the process of working on these two books I have come to realize that spirituality, this particular aspect of my life and my self, cannot be neatly filed, labeled, sorted, managed—or, that if I simply must have a category for it, the label must read “Ongoing” and the file must be perpetually open.

And that brings me back around to the title of our book. We had thought that the first collection in 2006 was an alpha and omega, the start and finish of a conversation about southern women and spirituality condensed into a single collection. Since that book was published, we’ve grown to have a better sense of what Wendy has called “the non-linear geometry of spirituality” through our new book, Circling Faith. We’ve realized that, as long as we live in a culture with mega-churches across from the mall and voting booths in churches, there are questions to be asked, warily circled, and sometimes answered.