Metrophobia: Its Causes and a Possible Cure by P.T. Paul 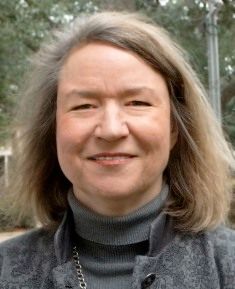 I’m not a doctor, but I am constantly surprised at the number of people who suffer from metrophobia. I’m talking about educated, literate professionals in many writing related fields of endeavor, who–if asked–involuntarily gasp and stammer, “Oh no, I can’t…. I don’t…. I could never do that!”

A phobia is by definition an irrational fear, one for which the phobic may not know the root cause, but one that makes them avoid the specific object or situation they fear. As rational creatures, we prefer to know the origin of our fears, and we tend to assign real world reasons to our actions, so our first question might be what kind of situation would cause metrophobia? Can we assign real world causes to an irrational fear? We can try.

Imagine a soon-to-be metrophobe jogging in the park on a summer’s evening. From out of the regimentally planted landscape, a villanelle in a gray hoodie and gorilla mask appears, snatches his iPod, and runs, laughing, into the shrubbery. Visualize a newly created metrophobe standing in the rain, crying as the ticket-seller closes the little window, with only a limerick and a haiku in his wallet-and the price of admission is a sestina. What if his first love took the hand of the Domino’s Pizza delivery man because he could not compose an ethereal ode to his beloveds’ many and sundry charms in thirty minutes or less? My scenarios are obviously silly, but a metrophobe’s reasons are legion, and his fear is real. Poetry has somehow let him down, embarrassed or belittled him. I feel compelled to help.

I believe, at the root of the problem, those who suffer from metrophobia were never properly introduced to the subject in the first place, or they had a bad experience and vowed never to be so shabbily treated again. I believe that, with patience and a little hard work, I can start them on the road to recovery. I just have to start with the familiar and lead them slowly into that murky literary region on their own personal hand-drawn map where the legend warns, “Beyond this point there be monsters.” I’ve tested this theory and so far I haven’t lost a single metrophobe. (Fingers firmly crossed. Knocking on wood.)

I feel compelled to offer a caveat at this point because I have yet to interpret my data and compose a scholarly treatise on the causes and cures of metrophobia, I have not collaborated in any blind studies to determine if my results are repeatable, and I have no idea what the recidivism rate is. I make no claim to have created future Pulitzer Prize winning poets. I only know that I have cured their metrophobia. The rest is up to them.

So, where to start? With what the typical writer knows—prose. In my metrophobia clinic, we start by writing a one-page memory, making certain that we engage all of the senses, and mining the moment for revelation and pathos, all of which are also poetry techniques. Once everyone is firmly seated in his comfort zone, we make the most obvious transition from prose to poetry: the prose poem. To illustrate this first transition, I choose my favorite prose poem, Baudelaire’s “Be Drunk.” What metrophobe can resist the poet’s call that "‘It is time to be drunk!’/ So as not to be the martyred slaves of time, be / drunk, be continually drunk! On wine, on poetry or on / virtue as you wish."

I love to watch my students’ faces as they rearrange their prose and realize what they have just created. I can almost hear the voices inside their heads asking, “Can this be poetry? Did I just write a poem?” I keep a bottle of smelling salts handy, just in case they are overcome by the sheer audacity of it. I promise them, if anything bad happens, I will tell the prose police it was all my fault; I forced them to do it.

Of course, there are some metrophobes who will panic and bolt right back into the prose camp at this point, which I assume has something to do with a nun, a ruler, and posttraumatic stress disorder. I always make sure I have a paper bag for them to breathe into, and I tell them there is no dishonor in stopping now before they have committed too many prose infractions. I don’t believe in treating the fear of falling by pushing someone off of a cliff. And I admire anyone who faces their fears–whether they succeed in overcoming them or not. To write poetry is to practice the art of patience. And those who panic are usually intrigued enough to try again. I can wait.

Those who survive the transition from prose to prose poem find themselves turning their prose poem into free verse, and we begin to discuss “found” poems that are lurking within their other prose writing just waiting to be discovered. Then I tell them something they never dared imagine–that even the greats, such as Ezra Pound, William Carlos Williams, and T.S. Eliot utilized “found” texts in their poetry. Metrophobes sit up a little straighter when they realize that they have just used a poetic device good enough for poetic giants.

Is it correct to continue to call them metrophobes at this point? As I watch them compare their newly discovered “found” poems, joyously rip apart their prose and rearrange the lines into free verse, or raise their heads suddenly to proclaim, “I want to write a sonnet,” I believe I can pronounce them cured.

Of course, I have no idea where my former metrophobes will go from here, but that is the way of the writing life. And I cannot take credit for the successes that they will have from this point on; those will belong to them alone. And I know that I cannot cure every metrophobe because not every metrophobe wants to be cured.

But, I can have fun trying.

P.T. Paul, B.A., M.A., is president of the Pensters Writing Group and an award-winning poet and prose writer. Her first book To Live & Write in Dixie is available from Negative Capability Press.