Our Not So Distant Past by Noelle Matteson 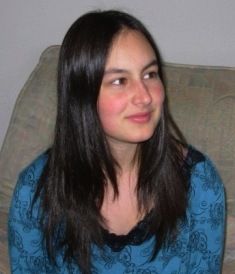 I’m not from Montgomery, and meeting someone who knew Martin Luther King Jr. is still a thrill. I work one block away from where Rosa Parks caught that famous bus. Walking by the former Greyhound Bus Station, where the Freedom Riders were beaten for trying to integrate interstate transportation, still chills and astounds me. A century before the Civil Rights Movement, the same area welcomed Jefferson Davis and saw the birth of the Civil War.

As an English major, I feel remarkably fortunate to work at a bookstore and publishing company. My employer, NewSouth Books, is interested in the human experience, originally publishing books that might be “local stories” of “national importance.” In celebration of the 50th anniversary of the Freedom Rides, I was given the opportunity to write a short book about the Freedom Rides with the Alabama Historical Commission, which was working on opening a Freedom Rides Museum at the former Montgomery Greyhound station.

My job was to compile a lot of information into a slim volume, focusing on Montgomery’s reaction to the Rides. I was reading Stieg Larsson's The Girl with the Dragon Tattoo at the time, so I secretly compared myself to the book's protagonist Mikael Blomkvist. He was a furious investigative journalist. The book I was to write would hardly be comparable to any tome he might create, and I was not creating a groundbreaking expose. Still, his passion for truth inspired me, especially during the times I felt the book would never come together.

But it did. There were two moments when I realized my book, The Freedom Rides and Alabama, was no longer a personal piece, but something to be shared because it was important. The first was when I saw a copy of its cover on the computer, with my name on it. The second was when I was asked to write the preface and dedication. I got to put my own stamp on it and thank those I loved and who were involved.

Most inspiring, though, was learning about the Rides themselves. I learned about the ugly terror that drove some to madness and the apathy which was almost more dangerous than the violence. I learned about the Freedom Riders' physical and psychological suffering as well as their fears and disagreements. This made their calculation, dedication, and love all the more remarkable.

I discovered that my previous view of history was wrong. History often isn't that far removed. History is always just a generation away, or a generation before that, and so on. Thus learning about the Freedom Rides taught me something about myself, the city I’m living in, this country, and the world.

The anniversary was remarkable. I met the authors whose books I’d read, the authors who had done painstaking, extensive research on the subject. Even more surreal was meeting the Riders and others involved in the Movement. These were the people I had read about and admired. They had changed the world and were some of the most important people in the country. I was still surprised to witness their warmth, compassion, and humility.

During the anniversary, books, television programs, and events across the country acknowledged the Riders. I felt that I was a tiny part of spreading the word about this act in our not so distant past. And it was gratifying and moving. I am so thankful for this opportunity.