How To Know If You are a “Real” Writer by T.K. Thorne 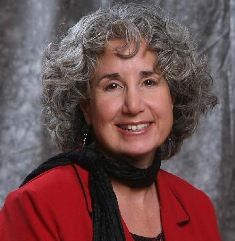 This question has plagued me for a long time, and I saw it recently on a writing Web site, so I am not the only one who has asked it. For a long time, I was unpublished and wrote in the “closet.” I was afraid if I admitted to doing it (writing, folks) I would have to face that dreaded question: “Oh, what have you published?” To which, I’d have to say, “Well, nothing… but my mother loves my stuff.” And then go crawl under a rock.

I’m sure there are people out there for whom this would not be a problem, people who have lots of self-confidence and don’t care what anyone thinks of them. I tip my hat to you. For the rest of us, what to do? Should we go to the writer’s conference and expose ourselves as wanna-be’s or should we just stay home?
Now that I have a novel published, I have the perspective to return to this perplexing question. How do you know when you are a “real” writer? What is one? Does anyone who picks up a pen or taps on the computer qualify? If you keep a journal under the bed and scribe in it daily, are you one or not? Do you have to be published? How many times? Does self-publishing count? Does payment in art journal copies qualify or do you have to be paid for it? If you win an award or get an honorable mention, does that jump you to the “writer status?” According to the IRS, a professional is anyone who is paid for her work. My first publication to a magazine netted me $8.48. It was a great feeling to finally reach that milestone, but somehow it didn’t make the question go away.

Is the aspired distinction merely to be found in the eye of the beholder? If I like what you write, does that make you a “writer” in my eyes, but if I don’t care for it, you aren’t? Saying someone is a “good writer” or a “bad writer” at least slaps the tag on her, but is she a “real” writer?

Okay, I’ve asked the question, now I’ll share my epiphany. By college, I was quietly writing fiction, but I took a class in poetry because my roommate talked me into it. It turned out to be the best move I could have made. Everyone brought their hearts and souls to class with their poems. And it was brutal. I learned that there was only one rule—Does it work? Not, does it express what you really want to say? Not, does it use alliteration and rhyme correctly? Only, does it work? You can break rules; you can follow rules; you can cry big crocodile tears onto your paper, but the only question is that one.

Of course, you can write without being “a writer.” And there is nothing wrong with writing for your own pleasure or self-discovery or for your mother. Kudos to you and keep writing! But if you have a passion to tell a story, to paint in words, to reach people, to move people, then you understand the question—Am I a “real writer?” And if you have that passion and are willing to work to make it “work,” then, in my book, you is one!

T.K. Thorne's writing ranges from poetry, short stories and screenplays to novels. Her work has garnered several awards, including ForeWord Review Magazine’s 2009 Book of the Year for Historical Fiction for her debut novel, Noah’s Wife.