In My Craft or So-blocked Art by Loretta Cobb 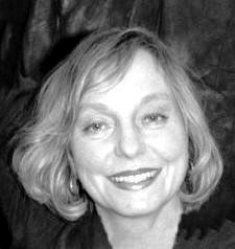 Of all the elements of craft, the one I seem to know least about is plot. However, that’s what I feel I need to know most about. I’ve been struggling with a sprawling novel for over a decade. I heard Madison Smart Bell read at Bread Loaf, then devoured his section on plot in his creative writing text. It was so well-written that I read about the narrative arc as if it were fiction, but I couldn’t put his advice into practice. The same with Janet Burroway. Advice just didn’t translate.

I’ve checked out blogs looking for the magic answer. When I wrote the stories in The Ocean Was Salt, I didn’t have to struggle with plot. I had a feel for it in smaller pieces. Just now as I was cleaning out a box of books headed for the thrift store I ran across my old book by Laurence Perrine, Sound and Sense. I decided to re-read what he said that had worked for me in the short story so many years ago.

Ah, Perrine makes it all seem so easy. You don’t have to draw those diagrams. It just helps to see how the parts of a story or novel relate. A plan like Faulkner’s writing on his wall? Oh, I see. And then, there’s the issue of building suspense without manipulating the plot. It all, once again, sounds so simple.

A couple of other things come to mind. Once, in a music course, I read Aaron Copeland’s remark that a good piece of music begins with a tonic note that sets the tone, seduces the listener into listening all the way to end of the piece for its resolution. That’s what I’m after, that kind of seduction. Also, I keep thinking there are only two stories: A stranger comes to town or a person goes on a journey. In my novel, a young woman goes on a journey, much of which is internal. She muses. This will not be a plot-driven novel. Chases will be limited.

My husband Bill taught creative writing for almost forty years, but he can’t teach me because he always begins with, “What you need to do is start over...,” at which point my ears close. I still have my pencils from first grade! I never throw things away. Even when I revise I save my drafts. However, starting over is music to his ears. The one thing he has managed to teach me is conflict. Bill once studied with playwright Romulus Linney who taught him about establishing conflict early on: Two characters walk in the woods. Things don’t start clicking until you write, “Enter a bear.” My novel has conflict. Even fist fights. Even bombings.

My novel could win a prize for character development. The women stand up and gallop off the page. It just doesn’t arc at the right angle, but, you know, the best writers are readers, according to Carolyn Haines. I read all the time, and recently I’ve taken my narrative arc detector to every novel I’ve started. But I get swept up in good literature and forget to remain detached and watch for all that. I guess I’m a hopeless reader. Maybe I’m a hopeless writer. I just get swept up in the passion of it and can’t remember to be detached and objective enough.

But, wait, could that be a good thing? Should I give up this block thing and just go for it? Tell that narrative to arc itself?

Loretta Cobb is the author of the short story collection The Ocean Was Salt.