The Inaugural class of the Alabama Writers Hall of Fame. 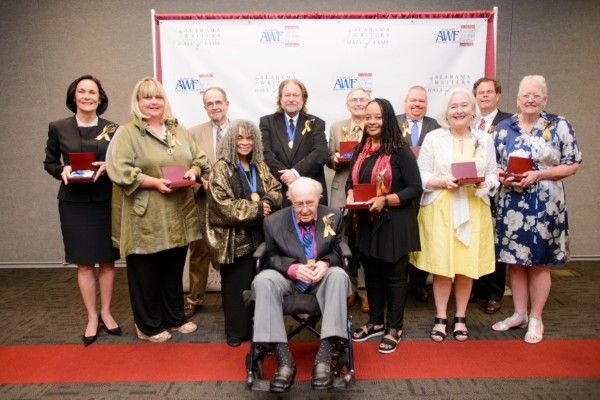 At a gala dinner recognizing twelve renowned authors, some 280 people celebrated the induction of the inaugural class of the Alabama Writers Hall of Fame. The event was held on June 8 at the Bryant Conference Center in Tuscaloosa. Prior to the induction ceremony, attendees mingled in the reception area and had a meet and greet with the inductees, their families, and friends.

Below is a photo gallery of the event. Click the thumbnail to see the whole picture. (all photos by Miriam Brant)