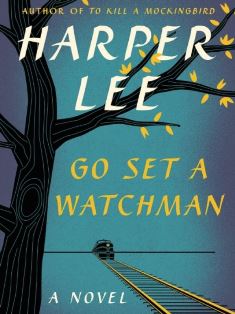 The wait is over. Since the announcement from HarperCollins on 3 February 2015 of a second novel by Harper Lee, anticipation has been building as has the controversy. HarperCollins Senior Vice President described the forthcoming publication as “a remarkable literary event.”

Immediately after the announcement, concerns about Lee’s health and state of mind were voiced, with anonymous charges of elder and financial abuse brought to the attention of the state. Authorities investigated and dismissed the case, ruling that the author knew exactly what was going on and wanted the book published.

Many fans of Lee expected the second publication to be The Reverend, a nonfiction novel based on a series of murders in the 1970s in Alexander City, Alabama, in the style of Truman Capote’s In Cold Blood. The surprise is that the novel is “the sequel” to To Kill a Mockingbird, the publisher’s label. Lee’s label for the novel, however, is “the parent” because it is the novel she wrote and submitted first in the 1950s. Her editor, Tay Hohoff, suggested that she revise the work to tell the story of Scout’s childhood. The result of the revision is the classic To Kill a Mockingbird.

Go Set a Watchman, therefore, is both “the sequel” and “the parent.” In it the 26-year-old Jean Louise Finch makes a trip from New York, where she has lived for seven years, home to Maycomb, Alabama, to check on her father, Atticus, who is struggling with the crippling effects of rheumatoid arthritis. Early in her visit, she confesses her own “Conservative resistance to change,” but this visit forces her to face dramatic changes – in the South of her childhood and in her perception and her understanding of her father, as well as in his health. Change, in fact, is a central theme of the novel. Other themes are family, love, and personal responsibility.

Within the first 24 hours after the release, by 9:00 a.m. Wednesday, the novel had already sold 700,000 copies, despite troubling details that appeared in the early reviews a few days before the official release date. These reviews were quite mixed, with a variety of evaluations from “a pleasure” and “a revelation” to “a mess.” Adjectives used to describe the book include: “timeless,” “radical,” “political,” “disappointing,” “stunning,” “complex,” “disillusioning,” “fascinating,” “demanding,” “challenging,” “thought-provoking” – and the list goes on. Depending on the point being made, each of these words can apply.

The first reviews focused on the issue of race in Maycomb in the mid-1950s and the characterization of Atticus as a bigot, after fifty-five years of being viewed as the epitome of a man who represented honor and fairness. This complex characterization forces readers to consider their memories of their own childhoods and the changes they faced as they matured into teenagers and adults and re-evaluated their families and their worlds.

Go Set a Watchman, however, is not all challenge and conflict. Readers have the pleasures of visiting the familiar setting of Maycomb and once again enjoying the escapades of Jem, Dill, and Scout in the fond memories of Jean Louise, escapades that add great humor to the story. Humor also appears in Lee’s masterful turns of phrase: Atticus musing that “only God and Robert Browning knew what [Jean Louise] was likely to say” or his expressing his hope that Jean Louise and her friend “weren’t doing the backstroke” if they had been skinny dipping, as rumored. Uncle Jack, Aunt Alexandra, and Calpurnia are also part of 1950s Maycomb, each reflecting change – often in troubling ways.

There are several things for readers to remember as they read Go Set a Watchman:

• Remember that it is not To Kill a Mockingbird.
• Remember that it was written first and is now published without revision.
• Keep open minds and keep the setting in perspective: the South of the 1950s – the South of “bus strikes and that Mississippi business,” in the words of Jean Louise to Atticus. Do not try to apply more recent insights, mores, and developments.
• Enjoy the humor, the flashbacks, the sprightly dialogue, the descriptions.

Readers will be challenged and will have to wrestle with their own memories and beliefs. Go Set a Watchman, after the first shock, will require additional readings to grapple with the passage of twenty years from the young Scout’s childhood in Maycomb. However, it is a novel to enjoy as well as one to study. Readers, along with Jean Louise, must learn that their consciences are their own personal watchmen. Methodist Bishop William Willimon has summed up the fundamental truth of Harper Lee’s two novels: “Even as the child Scout stared at her world, seeking the truth of things, so Jean Louise Finch stares at hers and dares to declare what she sees, thereby blessing the rest of us, if we dare to hear.”

Nancy Grisham Anderson is the Distinguished Outreach Fellow at Auburn University at Montgomery. This review first appeared in the Montgomery Advertiser.