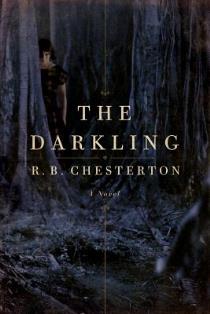 Throughout her remarkably successful career, Carolyn Haines has long been a master of the page-turning mystery. Her latest novel, The Darkling, which is, incredibly, one of more than sixty she has written, is no exception. This supernatural, white-knuckling whodunit, written under the pseudonym of R.B. Chesterton, is set in the fishing village of Coden, Alabama, where the wealthy members of the Henderson family have moved into an estate called Belle Fleur. As recent arrivals from California, the Hendersons are seeking the peace and quiet promised by the languid beauty of the coast. What they find instead are heartache and terror, intensified and made more mysterious by the haunting unfamiliarity of the place.

Haines has always had a gift for creating, in her face-paced fiction, a strong and compelling sense of location, most often a colorful corner of the South. Her Southerner’s sensibilities, however, have never stood in the way of her broad appeal. On the contrary, in most of her novels they serve only to draw people in, and The Darkling is clearly a case in point:

“The sky, a lighter shade of steel, pressed down on the bay,” she writes. “The storm still hovered out near the barrier islands, a wall of gray so dark it looked almost like night. It was only three o’clock. Far too early for darkness to fall.”

In chapter after chapter, Haines paints the ominous beauty of her fictional Coden, which seems to foreshadow the danger it contains. But in the end, it’s Haines ability to spin a good yarn—simply to deliver a heart-stopping story—that keeps the reader turning the pages. What has happened to Margo Henderson? Who does the severed hand belong to? What about the other-worldly sightings in the woods and marshlands around Belle Fleur? What kind of animal has left those terrible tracks in the soil, and is it really an animal at all?

As the questions hover and grow more intense, it’s virtually impossible not to pursue the answers to the end. In fact, as Haines’ novel gains momentum like a fast-moving train, it’s hard to put the book down at all. Not for nothing is she one of our most decorated writers. In 2010, Haines won the Harper Lee Award for Alabama’s Distinguished Writer of the Year, and in 2009, the Richard Wright Award for Literary Excellence. These honors are all the more remarkable for an author known mostly genre fiction—certainly not the terrain of literary snobs. But most readers know when writing is effective, and so do some of our scholars and critics who have bestowed upon Haines some of the generous credit she deserves. April 2013

Author Frye Gaillard is writer in residence at the University of South Alabama.

Editor's Note: Carolyn Haines will be at the Alabama Book Festival on April 20 in Montgomery's Old Alabama Town.