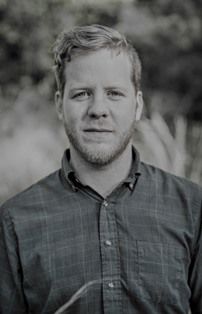 Daniel DeVaughn received an M.F.A. from the University of Oregon. His poems have appeared in Southern Humanities Review, Birmingham Poetry Review, The Nashville Review, Fogged Clarity, and elsewhere. His poetry films have been Official Selections at The Sidewalk Film Festival, Avalonia Festival, Brooklyn, the 13th Athens Digital Arts Festival, the Indie Memphis Film Festival, and the CODEC Festival in Mexico City. He is the recipient of scholarships to The Sewanee Writers' Conference and the Vermont Studio Center, and fellowships from the University of Oregon and The Norman Mailer Writer’s Workshop. Recently, he was nominated for the Best New Poets anthology. Daniel currently serves as the Teaching Writer and Reviews Editor at the Alabama Writers’ Forum, and he teaches at UAB.