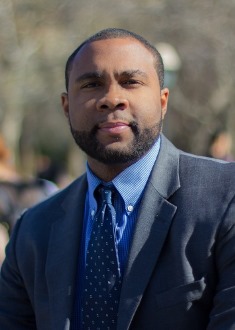 Evan Milligan, Program Manager, is a Montgomery native who spent years advocating for poor people in Alabama as a community organizer and EJI Justice Fellow before attending New York University School of Law, where he participated in the Criminal Defense and Reentry Clinic and EJI's Equal Justice and Defender Clinic. In New York, he interned for the Legal Aid Society and Bronx Defenders. He has a B.A. in Religion from Birmingham-Southern College and returned to EJI in 2016 after graduating from NYU Law. He and is wife Jennifer have one daughter, Ruby.